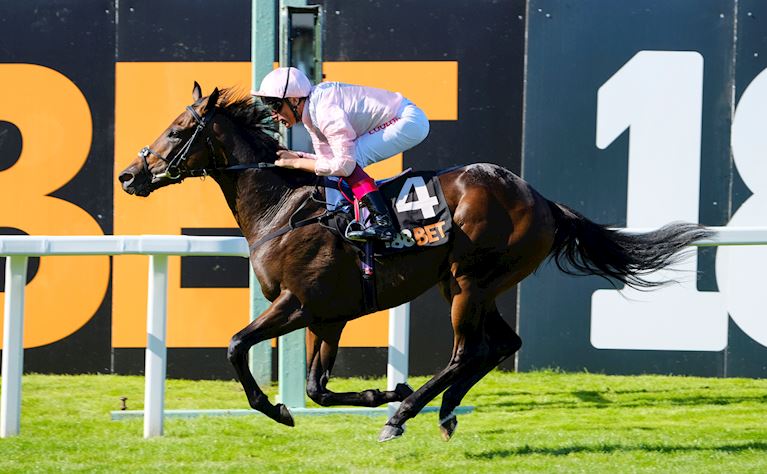 He was simply ‘too darn good’ and exploded on to the juvenile scene in the Solario Stakes 12 months ago. He debuted at Sandown Park over the slightly further trip of one mile, about a month earlier and created a most favourable impression under Frankie Dettori.

Being a full-brother to Lah Ti Dar and So Mi Dar and having gone through the sales ring as a yearling at 3.5million guineas, as you can imagine expectations weren’t much short of high. Having tracked Royal Ascot winner Arthur Kitt, he picked up superbly inside the final furlong and a half to leave the Chesham hero four lengths in his wake at the winning post.

In winning the race, he was giving his trainer, John Gosden a fifth success in it. The Newmarket handler has tended to target some of his smart ones at the seven furlong prize and some of his previous winners include multiple Group 1-winner Kingman and Breeders’ Cup Classic victor, Raven’s Pass.

That performance marked him as one of the most exciting two-year-olds in the country and he went on to prove that he very much was. With wins at Doncaster and Newmarket, and in the Darley Dewhurst Stakes, this stamped him as European Champion Two-Year-Old for the year.

Following a setback earlier this year, we didn’t see the colt until May when he stepped up in trip for the Dante Stakes at York. Too Darn Hot was to taste his first defeat after five runs. He looked to bounce back in both the Irish 2000 Guineas and in the St James Palace Stakes at Royal Ascot, each time running extremely well without quite matching the winners (Phoenix Of Spain & Circus Maximus).

He returned to the winners’ enclosure in fine style at the start of July when drawing clear of Godolphin improver Space Blues in the Prix Jean Prat over in Deauville. Then on the Downs of Goodwood, the watching public witnessed his class and saw him register a third victory at the highest level.

It was revealed soon after the race that Too Darn Hot had picked up an injury and so it was to be the last time we would see him on the track.

With the start of his stud career just around the corner, who knows we may even see his progeny contest this very race he won in the years to come. 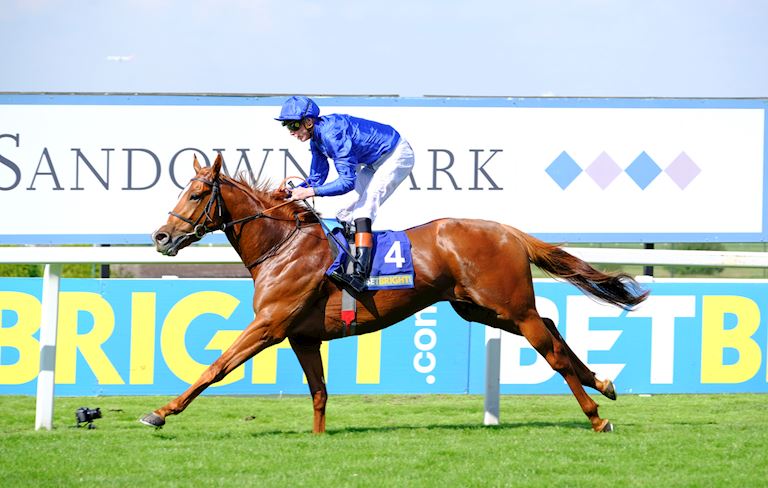 As it was to turn out, the Solario Stakes was featured on Masar’s path to Investec Derby glory the following year.

The son of New Approach, who has recently retired, was making his third racecourse appearance when contesting the race. His first appearance came at Goodwood, beating now top-class sprinter, Invincible Army, by a short-head.

He then stepped up to Listed class at Royal Ascot and finished a fair third behind Ballydoyle challenger, September.

James Doyle got the leg up for the first time on him and everything went as smoothly as it could (no doubt a pleasing outcome for Will Buick).  He quickened up to put a little bit of distance between himself and the others up the Esher hill to win in great fashion. In second that day was Romanised, who has gone on since to win two Group 1s including the Irish 2000 Guineas, advertising that there was proper depth to the race.

His triumph in the Investec Derby was somewhat unexpected as he went off a fairly unfancied 16/1 shot, yet it was hugely significant. Masar was giving Godolphin a first ever victory in the race they’ve sought out most, a historic landmark in their racing journey.

The Charlie Appleby-team tried to bring him back after a year off through injury but it wasn’t to be and after disappointing on his second run back at Newmarket’s July Festival, connections decided it wouldn’t be worth continuing with him.

As with Too Darn Hot, it will be exciting to see what he can do as a stallion. 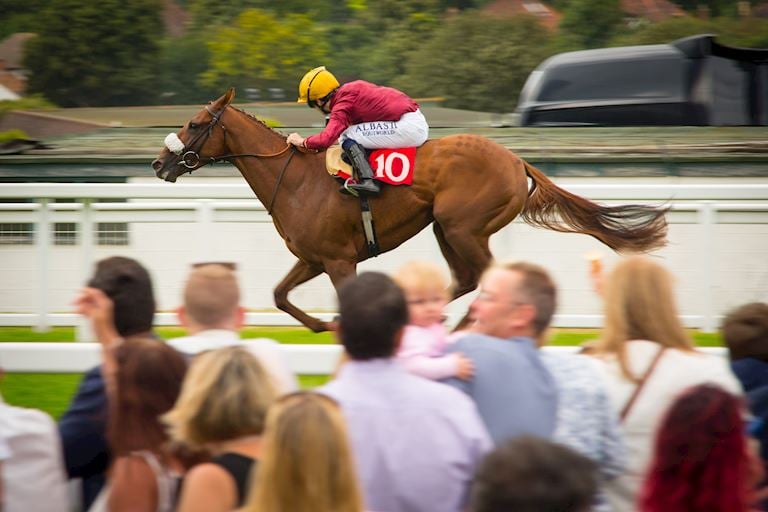 South Seas made it a perfect three from three when running away with the 2016 renewal of the Solario for Qatar Racing.

Then in the care of Andrew Balding, the son of French 2000 Guineas and Derby winner, Lope De Vega, made light work of his debut maiden and his subsequent Novice race and took the step up to Group company in his stride.

Under Oisin Murphy, he made eye-catching headway into the final two furlongs of the race and was very decisive at the line.

Following him home in second was the Sylvester Kirk-trained Salouen, who already had plenty of races under his belt. He himself has gone on since to race at the highest level, finishing placed in a couple of Group 1s including a short-head second to Cracksman in the 2019 Investec Coronation Cup. Others in behind that day included The Queen’s Seniority, who won a valuable handicap at Glorious Goodwood last summer.

South Seas himself has endured a mixed bag of fortunes since the Solario success. On his next start he couldn’t get on terms with the main protagonists in the Dewhurst behind Churchill but turned in a much better effort when finishing second to Thunder Snow in the Group 1 Criterium International at Saint-Cloud.

He only raced twice as a three-year-old which included finishing well down the field in the French 2000 Guineas won by Brametot and resumed his four-year-old career in handicap company.

It’s unlikely we’ll see him return to anything like his success in the Solario Stakes and it is hoped that Phil Kirby, his new trainer, can get him, now at the age of five, back in form and back on the winning trail.

An Eclipse Showdown Which Didn't Disappoint