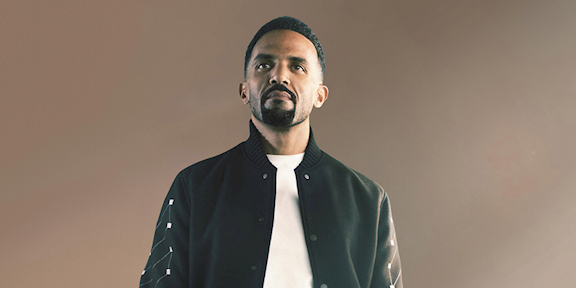 Craig David will be performing live after evening racing at Sandown Park Racecourse!

Following hot on the heels of the Pussycat Dolls announcement, The Jockey Club Live and Music Plus Sport are delighted to announce critically acclaimed, award winning artist Craig David as the next superstar headliner for Sandown Park on Thursday 6th August.

Having sold over 15 million albums, achieving 16 Top Ten hits and multi-platinum status in more than 20 countries, taking over festival stages around the world, selling out headline tours in seconds to achieving one of the most successful daytime residencies in Ibiza history, returning in 2020 for it’s fifth year at the iconic Ibiza Rocks Hotel… it’s official, Craig David is back and in a big way!

Tickets go on general sale at 8am on Friday 28th February.

A pre-sale is available at 8am on Thursday 27th February. Sign up to access the pre-sale here.

Initially rising to success with hit singles including ‘7 Days’, ‘Fill Me In’ and ‘Walking Away’, sixteen years later Craig was catapulted back into the charts and in to the nation’s hearts with Big Narstie on the gold certified single ‘When The Bassline Drops’, marking the beginning of his triumphant return. He has since released the number 1 album ‘Following My Intuition’, and the latest album ‘The Time Is Now’ has given Craig his fifth UK top 10 album.

“Its shaping up to be a fantastic summer of music and racing at Sandown Park following our first announcement of Pussycat Dolls, and now UK superstar Craig David is confirmed to play our stage on what we hope will be a perfect August evening in Surrey.”

Adult tickets are priced starting at £50.40 (inclusive of fees).

Child tickets are available from £28 (inclusive of fees).

Tickets will be on sale at 8am on 28th February here.