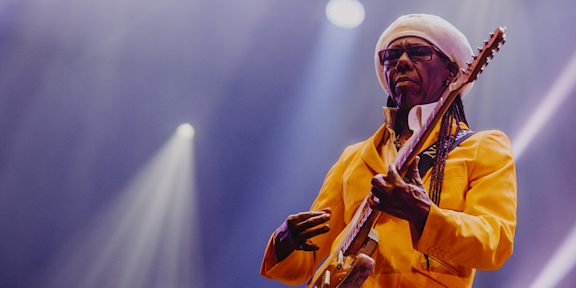 The Jockey Club Live are thrilled to announce the return of the legendary NILE RODGERS & CHIC to Sandown Park Racecourse on Wednesday 29th July 2020.

We’re absolutely delighted to have Nile Rodgers & CHIC return to our summer line up on Wednesday 29th July here at Sandown Park Racecourse. They never fail to impress and are a truly outstanding act. We know they’ll create an incredible atmosphere and have everyone up dancing and we can’t wait!”

Tickets will be on sale at 8am on Friday 6th March via thejockeyclublive.co.uk, with a presale available to customers at 12pm on Wednesday 5th March.

Tickets are priced starting at £52.08 for adults and £28 for under 18’s (inclusive of transaction fees).

All T&C’s are available on sandown.thejockeyclub.co.uk. There will be hospitality packages available to suit all budgets.