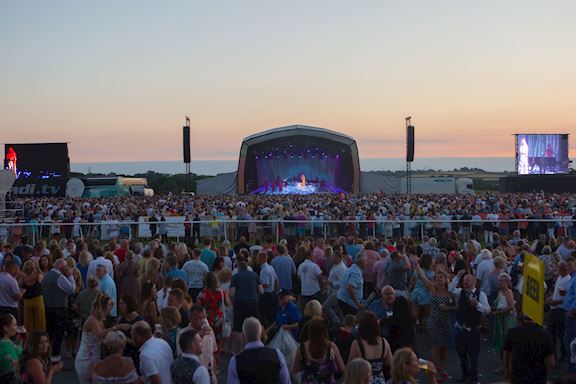 Rudimental are headlining after racing at Carlisle in July 2020!

The Jockey Club Live are thrilled to reveal the artist for the 2020 Carlisle date; Rudimental. They will headline on Saturday 4th July.

The group will follow in the footsteps of previous DJ headliner Sigala in hosting one of the most anticipated nights of the season.

Tickets go on general sale at 9am on Friday 13th December.

The four-piece group returned to the music scene last summer with their Gold-selling single ‘Sun Comes Up’ ft. James Arthur, which has turned platinum in the UK and spent 8 weeks in the Top 10 Official Chart, peaking at #6 also earning a global stream count of over 80 million. Their latest single, ‘These Days’– which features Jess Glynne, Macklemore and Dan Caplen– stormed to the top of the UK charts earlier this year and has spent a total of 43 weeks in the chart.

‘We are delighted to be welcoming Rudimental to Carlisle Racecourse for the first time. After the great response to Sigala’s stellar set last year we know there is a love of great dance music in Cumbria so Rudimental promises to be a memorable night for those wanting to carry on the party after racing.”

Tickets are priced starting at £33.60 for adults (inclusive of fees).

Tickets will be on sale at 9am on 13th December via thejockeyclublive.co.uk.