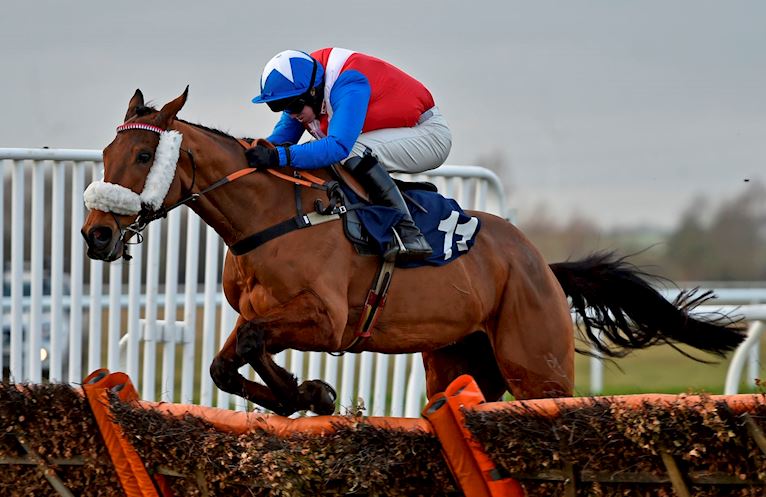 Two victories for jockey Ben Poste at Huntingdon Racecourse on Sunday equalled his best seasonal tally to date of 18 winners – and now he’s revising his original target of 20 for 2018/19 upwards.

Love Island star Chris Hughes was at the Cambridgeshire racecourse and he successfully tipped Paddy’s Poem in the MansionBet Chase at 4-1, a winner for trainer Nick Gifford and rider James Davies.

There was a healthy crowd at the racecourse for the opening Sunday fixture of the year, but favourite backers among them enjoyed just a sole success - champion jumps trainer Nicky Henderson’s Heatstroke returning from a 676-day absence to take the honours at 100-30 in the MansionBet Handicap Hurdle.

Newmarket trainer Denis Quinn was pleased when Stonecoldsoba landed the second division of the MansionBet Handicap Hurdle at 15-2 under teenage jockey James Bowen, while the Download The MansionBet App Handicap Hurdle went the way of 4-1 chance The Welsh Paddles, trained in Herefordshire by Kerry Lee.

The closing Download The MansionBet App Handicap Chase was won by Coopers Square at 7-1.

*The next meeting at Huntingdon Racecourse is on Thursday, 21st February which will be followed by a preview event for the Cheltenham Festival in the Cromwell Suite, with racing experts giving their insights on the big races at the Home of Jump Racing next month. The panel consists of racing writer Paul Ferguson, tipster Paul Jones, racing journalist Matt Brocklebank and Skybet Racing PR manager Michael Shinners. The compere is broadcaster and commentator Steven Powell.

A joint ticket for the afternoon’s racing and the preview night costs just £20, including a winter warmer dish. A preview night ticket only is £12. Racing starts at 2.15pm. Advance purchase of adult tickets is just £10 (£15 on the day). Tickets can be purchased at http://huntingdon.thejockeyclub.co.uk or by calling 0844 579 3007.