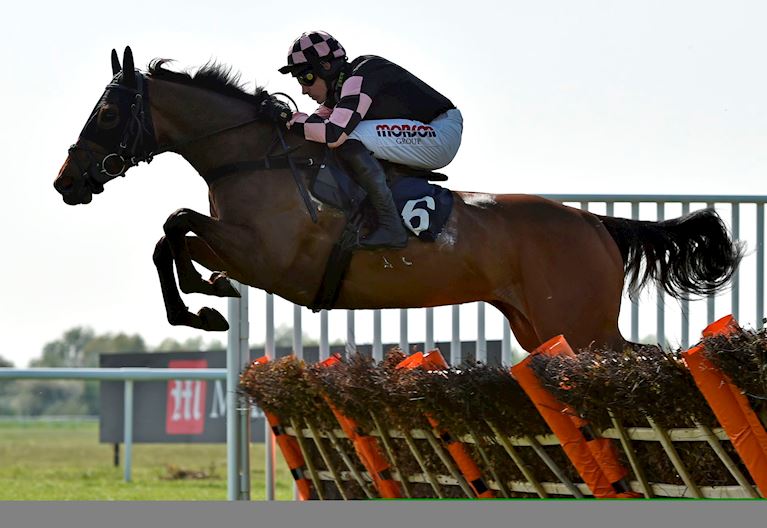 A bumper Easter Monday holiday crowd at Huntingdon Racecourse watched as trainer Dan Skelton sent out his 201st winner of the 2018-19 jump racing season which comes to a conclusion this weekend.

Just one day earlier, the Midlands handler had become the first since Martin Pipe – and only the second ever – to achieve a seasonal double century.

The 2-1 favourite So Lonely, winning for the second time this month at the Cambridgeshire racecourse, landed the two-mile novices’ handicap hurdle which, like all seven races, was sponsored by MansionBet. As with the majority of Dan Skelton’s 201 winners to date, his brother Harry was in the saddle.

More than 30 members of the The Million In Mind ownership syndicate were on course to see one of their horses, the 11-4 shot Townshend, win the two-and-half-mile handicap chase for the father-son partnership of Nigel and Sam Twiston-Davies.

Jockey Gavin Sheehan arrived at the track after riding earlier in the day at Plumpton Racecourse to team up with the 8-11 odds-on market leader Mister Coffey, whose trainer Harry Whittington commended the ground staff at the racecourse, and take the bumper race at the end of the card.

Arch My Boy justified being a 2-7 odds-on shot to take the two-mile novices’ hurdle by 30 lengths under jockey Leighton Aspell. Arboretum, meanwhile, gave Yorkshire trainer Mike Sowersby his first victory since last summer in the three-mile handicap chase at 7-1.

The opening race over hurdles, which was for conditional jockeys, was won by Northamptonshire trainer Caroline Bailey’s 9-1 fancy Lord Sparky, while Cosmic King, at 9-2, triumphed in the extended two-mile handicap chase.

*The next meeting at Huntingdon Racecourse is on Thursday, 9th May. More at http://huntingdon.thejockeyclub.co.uk or by calling 0844 579 3007.