Horse returns to victory after 499 days off the track 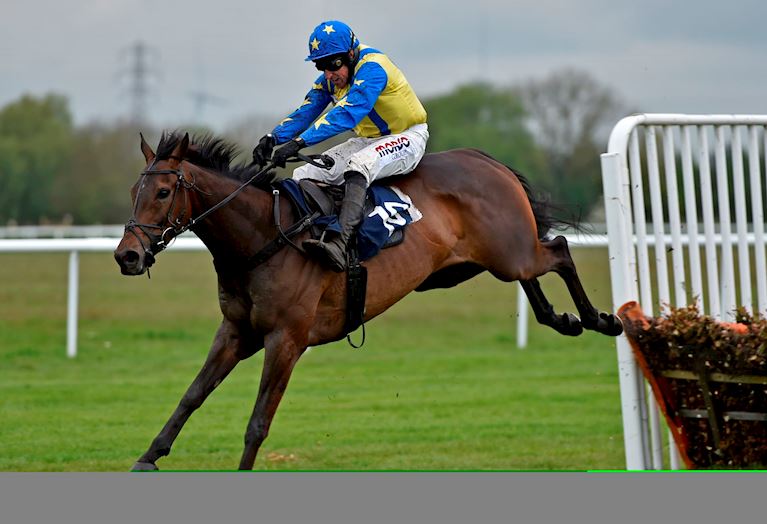 Horse returns to victory after 499 days off the track

A horse who hasn’t raced since Huntingdon Racecourse’s Boxing Day meeting in 2017 defied the 499-day absence by landing a huge gamble at the Cambridgeshire track.

The trainer-jockey partnership of brothers Dan and Harry Skelton combined to win the MansionBet Handicap Hurdle with Finula, who was backed in to 10-11 odds-on favouritism.

The seven-year-old certainly likes Huntingdon, as this was the venue of his only previous victory, in 2016.

Thursday’s meeting wasn’t one at which favourite backers prospered, with Finula the only one to oblige during the seven races.

The sight of a jockey as tall as 6ft 4in is a rare one. Amateur rider Jack Andrews towered over his rivals as he won the MansionBet Novices’ Handicap Chase on 5-2 chance Vaxalco.

Northamptonshire trainer Alex Hales sent out Panko to win for the first time, at 5-1 in the MansionBet Novices’ Handicap Hurdle.

The longest-priced winner of the day was Ask Catlin at 14-1 in the MansionBet Mares’ Handicap Hurdle. It was the horse’s first victory, as it was for 11-4 chance The Butcher Said in the opening MansionBet “National Hunt” Maiden Hurdle.

*Two big meetings are coming up at Huntingdon Racecourse.

There is Robinson Manufacturing Ladies’ Evening on Tuesday, 21st May, when visitors are encouraged to dress up and take part in the free-to-enter Gravitas Style Awards, sponsored by Gravitas Magazine, for a chance to win some incredible prizes. There are Best Dressed Lady, Best Dressed Man and Best Dressed Group categories.

The final fixture before the summer break is on the Bank Holiday Monday, 27th May, which is the Big Family Fun Day featuring free children’s entertainment including inflatable funfairs, treasure hunts, kids races on the track, plus appearances by Ralph & Leo from Teenage Mutant Ninja Turtles throughout the afternoon.

There is more at http://huntingdon.thejockeyclub.co.uk. Tickets can be purchased online or by calling 0844 579 3007.