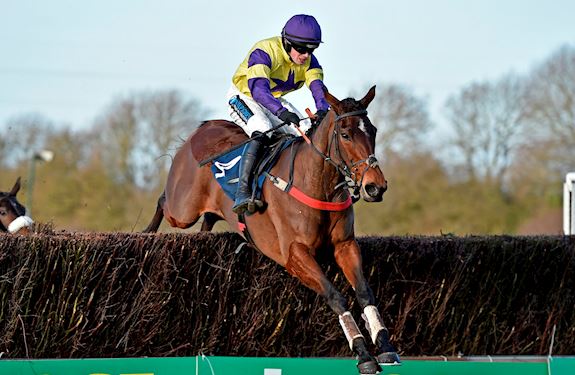 First run in 2016 as part of a wider long-term project within the sport to increase the attractiveness of breeding, owning and racing a jumping mare, the two-and-a-half-mile contest has quickly established itself as the leading steeplechase for mares run in Great Britain.

The opening renewal made an immediate impact as the 13-times Irish champion jumps trainer Willie Mullins saddled his first ever runner at the Cambridgeshire venue courtesy of the Grade 1 winner Gitane Du Berlais, ridden by Daryl Jacob. Despite a valiant effort, the prize stayed on home soil as Emily Gray, trained by Kim Bailey, denied the Mullins-inmate by a half-length under David Bass.

After a 10-day delay due to inclement weather, the 2017 renewal saw the novice seven-year-old Antartica De Thaix, trained by Paul Nicholls and ridden by Sam Twiston-Davies, defeat Desert Queen by nine lengths. The runner-up was bidding for her third Listed win of the season after victories at Market Rasen and Leicester but was unable to concede ten pounds to the winner.

Both Antartica De Thaix and Desert Queen returned to Huntingdon in 2018 for a rematch of the previous year’s race. Trainer Dan Skelton, however, had other ideas as Rene’s Girl, ridden by the trainer’s brother Harry, won her second Listed race in succession with a two-length victory over Happy Diva with Desert Queen back in third. Antartica De Thaix was pulled up three from the finish.

Twelve months on and in arguably the best renewal to date, one of the leading dual-purpose trainers of the modern era, Irish-based Jessica Harrington, had her first runner at Huntingdon in Magic Of Light, who was sent off the evens favourite. Six days on from winning a Grade 2 hurdle at Ascot, she made a bold bid from the front but succumbed to the 2018 runner-up Happy Diva by a length. The winner battled on gamely from the second last to give young jockey Richard Patrick the first major victory of his career.

Patrick and Happy Diva combined ten months later at Cheltenham to win the BetVictor Gold Cup, one of the most prestigious pre-Christmas handicaps, whilst runner-up Magic Of Light filled the same position behind Tiger Roll in a memorable Randox Health Grand National at Aintree. Casablanca Mix, who finished third, went on to easily land the Betway Summer Plate at Market Rasen.

Now it its fifth year, the Lady Protectress Chase is continuing consolidate its position as the leading mares’ chase in Britain and the early signs are that 2020 will only enhance this position further.