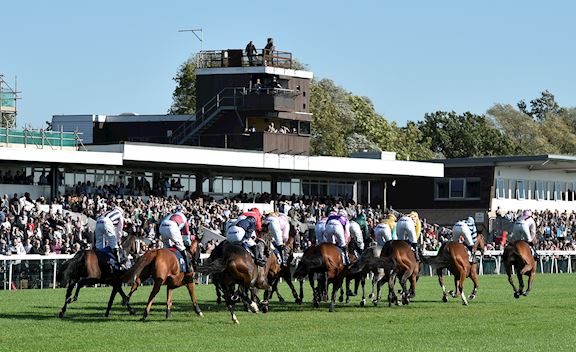 A bumper entry of 192 horses across six races have been received ahead of Huntingdon’s next meeting on Thursday 20th February.

Following Storm Dennis over the weekend, rising river levels in the local area resulted in the stable bend being flooded during Sunday. The forecast is now for predominately dry weather until racing.

“Only the stable bend was flooded with the remaining 75% of the course unaffected. Water levels have already begun to recede overnight into Monday and we are highly confident that we will have no problems for racing on Thursday.”

The first race is due off at 2:11pm but there is strong possibility of one of the races being divided due to the
number of entries, thus the first race may begin up to 35 minutes earlier than currently scheduled.

Fresh from his first top-flight success courtesy of Itchy Feet in the Betway Scilly Isles Novices’ Chase (Grade 1) at Sandown Park earlier in the month, Warwickshire-based trainer Olly Murphy has a total of six entries, including four in the opening Betway Novices’ Hurdle over two miles.

The feature race will round off the action as the final contest of the day, with 17 entries for the £11,400 Betway Novices’ Handicap Chase over two miles. Of those due to make their debut over the bigger obstacles is the Dan Skelton-trained mare Mabela. She will be bidding for her third win at the course from just four starts having already won a National Hunt Flat Race on her racecourse debut in November 2017 and Mares’ Handicap Hurdle last March.

Tickets can be purchased in advance at www.thejockeyclub.co.uk/huntingdon from just £11.00, where full details of all remaining race meetings at Huntingdon in 2020 can also be found.