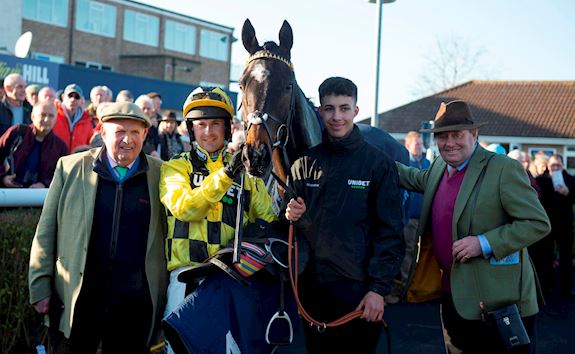 Trained by Nicky Henderson, Shishkin headed to Huntingdon for his final outing prior to his date with destiny at Prestbury Park and delighted connections with a commanding 11-length success.

By the time the tape went up to signal the beginning of the Grade 1 Supreme Novices’, and indeed the four days of the Cheltenham Festival, punters had begun to doubt Shishkin’s chances and he subsequently drifted to an SP of 6-1.
He and his jockey Nico De Boinville briefly appeared to be in trouble as Asterion Forlonge, racing in the same yellow and black colours of owners the Donnellys as Shishkin, began to jump alarmingly to his right, hampering a number of his rivals.

Elixir D’ainay was brought down by Asterion Forlonge but Shishkin’s quick feet kept him out of trouble and he and Abacadabras locked horns to fight out a thrilling finish up the famed Cheltenham hill.

Shishkin was all heart as he gradually overhauled his rival to score by a head to get the biggest of weeks off to a fine start for the Seven Barrows team.

Liam Johnson, General Manager of Huntingdon Racecourse, said: “It was fantastic to see Shishkin winning one of the biggest races of the week to kick off the Cheltenham Festival and everybody here at Huntingdon is delighted.

“Those who came along to see him win the Sidney Banks last month could not fail to have been impressed, not only with his performance on the track but his physical appearance before and after the race.

“I’d like to congratulate Nicky Henderson, Nico De Boinville and the Donnellys and wish them all the very best for the future with what is clearly a hugely exciting horse.”