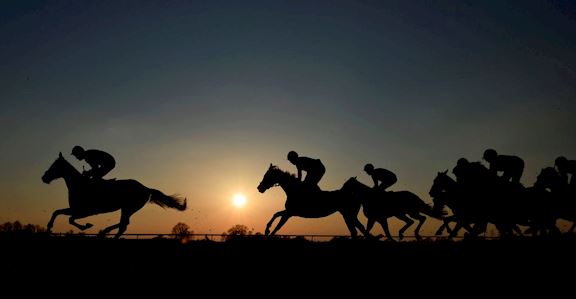 Raceday Round Up - 5 Things We Learned Today

Racing returned to Huntingdon on Sunday for another competitive seven race card.

If the bookmakers were to be believed Dan Skelton had a host of short-priced favourites who looked difficult to beat. But there were some big priced winners and some poignant victories on the day, as Graham Clark reports.

Michael Scudamore finally got his hands on a piece of silverware he has had his sights set on capturing for a decade after Copper Coin secured victory in the John Bigg “Oxo” Handicap Chase at Huntingdon.

The eight year old demonstrated a willing attitude to land the two and a half mile feature prize, which carried with it the trophy which owner John Bigg received following the victory of Oxo in the 1959 Grand National, ridden by the trainer’s grandfather Michael Scudamore.

The 7-1 chance took a big step forward when getting up close home to score by half a length under Michael’s brother Tom Scudamore, who 24 hours earlier had steered this year’s Randox Grand National favourite Cloth Cap to glory at Kelso.

Copper Coin had finished sixth on his chasing debut at Ascot in October and the winning trainer said: “We’ve had this race in mind for a while because it is the Oxo race and grandfather won the Grand National on Oxo and John Bigg was the owner. It is a race we’ve been trying to win for about 10 years but it is about the only time we have had a runner in it.

“He has had so many issues along the way but he is a little warrior really as he has had to go through a lot. He loves what he does. It was great to win that race today. He is brave and has such a great attitude and that is what has got him there today. It’s nice it has all come together.”

Scudamore is hoping victory for Copper Coin is a sign of things to come for stable stalwart Kingswell Theatre, who will be bidding for a third win over the banks course at Cheltenham in the Glenfarclas Cross Country Chase at The Festival next week.

He added: “He won the cross country race back there in November but the ground was far too soft when he went there last time. He loves it round there but he has got plenty to find with Tiger Roll, if he comes back, and Easysland. But he is in great form and he deserves to run in it and he will have a nice time.”

Richard Phillips received a timely boost following the poignant success of Mrs Barnes, who sprung a 50-1 surprise when staying on strongly to deny Who’s The Boss by a nose in the Thank You Boongate Kia Mares’ Maiden Hurdle.

The Adlestrop handler said: “Bob and Pauline Scott, his owners, have been so patient and they have been absolutely brilliant. She has had little immaturity issues but they have stuck with her and no expense has been spared.

“One of the reasons we purchased her four years ago was because a great friend of mine, Mick Barnes, who passed away last June, his wife was Mrs Barnes and we thought it must be a sign. She was called Dot and her stable nickname is Dot.

“The team at home have done an unbelievable job and so has Daniel (Hiskett). She has grown a hand since we got her and she has always looked like being a chaser. I was very pleased with her first run at Wetherby and on that evidence today it looks like she will get further as she took all day to get there.

“The horses were running well until the Covid outbreak last year and things have just not gone quite right with one thing and another. We’ve always said when the better ground comes we will have a good spring and hopefully this is the start.”

Marada will have her sights raised to Grade Two company on her next start after running out a comfortable five and a half length winner of the Thank You Roundwood Gin Novices’ Hurdle.

Dan Skelton, winning trainer and part owner, said of the Evens winner: “The ground is an irrelevance to her as she is not a complainer and she just gets on with it. She just needed the run a bit at Market Rasen the last day, as she had gone for a mid-season break.

“She will go to the EBF “National Hunt” Novices’ Mares’ Hurdle Final at Newbury now. She has got to stay an extra half mile and that is the unknown.”

The winner is a half-brother to the yard’s former four-time hurdle winner, Don Bersy, and her trainer was delighted with the performance.

Symonds, who sent out Moriko De Vassy to win on debut at Doncaster on Saturday, said: “Yesterday gave me an incline as to what would happen today. He was given a lovely educational ride by Aidan (Coleman), who was very taken by him.

“He galloped him among horses then, when it came to the business end, he put his head down nicely. I’d imagine that would be it for him for the season.”

Nico de Boinville made his one ride at the track a triumphant one aboard Corrany, who shed his maiden status at the 10th time of asking.

The seven year old showed an abundance of stamina to run out a three and a quarter length winner of the Racing TV Beginners’ Chase.

De Boinville said of the Nicky Henderson-trained 5-2 winner: “I’m delighted he has finally got his head in front and it’s fantastic for Mr Hemmings (owner) who has persevered with him.

“The step up to this extended 2m 7f is definitely his trip and the better ground has helped and will do so going forwards. He had the cheekpieces again today and they have helped him travel and jump well.”