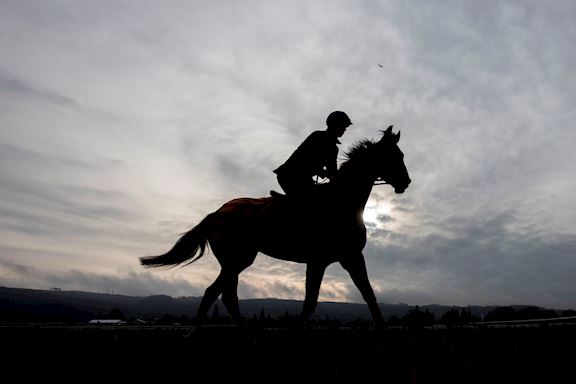 Thursday 6 May: Raceday Round Up

The first fixture of the 2021/22 Jump season at Huntingdon Racecourse was staged on Thursday 6th May.

Jockey Tom Cannon enjoyed a 15.25-1 double on the eight-race card while Your Darling, a horse once compared favourably to three-time Cheltenham Gold Cup Best Mate by former trainer Henrietta Knight, got off the mark over hurdles.

Call Of The Wild secured the first of what jockey Tom Cannon hopes will be many doubles this season after running out an impressive winner on his debut at Huntingdon on Thursday.

Cutting every corner under Cannon, who secured his joint best ever total of 52 winners last season, the JP McManus-owned Fame And Glory gelding quickly put the race to bed in a matter of strides before defeating Urban Grit by eight and a half lengths.

Cannon said of the successful 11-4 favourite: “It was very straightforward and he settled well. We didn’t go very quick during the race but he picked up once I committed two out which was good and he galloped right the way through to the line.

“The boss likes the horses ridden close to the paint if you can and I was lucky he switched off well today. He was a nice horse to capitilise where I was so I’m delighted.

“I knew we hadn’t gone quick so I thought it would be a bit of dash so I was better off committing sooner rather than later as he is a big long striding horse.

“I’d say he would probably have another run in a bumper as there is no hurry with him.”

Only Money (100-30) had earlier got both Cannon, and trainer Chris Gordon, up and running for the new campaign when leaving behind his previous form over fences to run out a facile 24 length winner of the Racing TV Handicap Chase over an extended two miles.

Cannon said: “It’s nice to get it on the board as I’ve hit the woodwork a few times. He just needed the run last time and this was a weaker race but his bumper form was rock solid. He settled well today and I probably got there too soon.”

“BEST SINCE BEST MATE" OFF THE MARK OVER HURDLES

Your Darling, who was described by former trainer Henrietta Knight as the “best horse she had purchased since triple Cheltenham Gold Cup winner Best Mate”, got his career back on track after prevailing by a head the Racing TV Novices’ Handicap Hurdle.

Successful jockey Nico de Boinville said of the Ben Pauling-trained 15-8 favourite: “It was really good to see him win again. He has been off a while and he has had a wind op. He is a brilliant jumper as you saw there and he will turn into a nice chaser.

“He had every chance to fold which he would have done when he last ran but he showed a really good attitude and did well to stick his neck out. We are very much back on track.”

Having saddled Thomas Darby to victory on his debut for owners Graham and Diana Whateley at the Cambridgeshire track in 2018, trainer Olly Murphy repeated the trick for the couple with Wolfspear, who claimed division two of the bumper by three lengths.

Murphy said of the 9-4 winner: “He is a nice horse that is very professional. He has been in a long time and he will be a lovely novice hurdler. He travelled with great purpose today.

“I won a bumper here for Graham and Diana with Thomas Darby and I’m not saying this lad is as good but if he is I wouldn’t mind. He will go straight over hurdles now.”

Leading point-to-point trainer Phil Rowley hopes the 41 length victory secured by Raffle Ticket (5-4) in the Racing TV “National Hunt” Maiden Hurdle is a sign of things to come for his wife Mel in her first full campaign with a trainer’s license.

He said: “Mel has had the license for about six weeks now. She has always wanted to train and this was the next step for us as a unit.

“He will go out in the field now and come back in the autumn for probably another novice hurdle.”

IT’S ALL DOWN TO EAMONN

Stable lad Eamonn O’Donnabhain received plenty of praise from jockey Tommie O’Brien for the hard work he has put in behind the scenes with the Tom Lacey-trained Forchena, who defied a 255 day absence to land the Racing TV Mares’ Handicap Hurdle by two lengths.

O’Brien said of the 9-1 winner: “A big thanks goes to Eamonn who has left no stone unturned with her. It is testament to him that she has won.

“She has been out for a while as she just prefers nicer ground. It took a while for things to click with her as when she first started she was afraid of the horses jumping hurdles in front of her. Both times she has won we have kept it simple.”