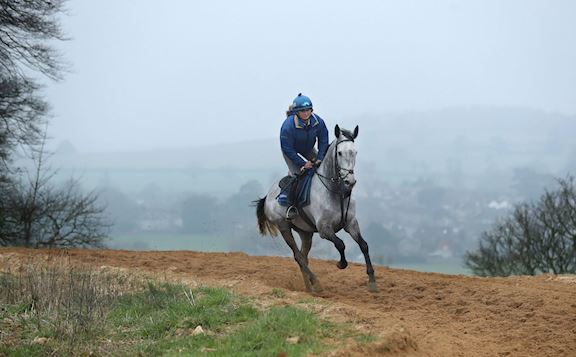 Joe Tizzard believes stepping back up to two and a half miles in the Grade Two Fitzdares Peterborough Chase at Huntingdon on Sunday 5th December looks the “obvious route” to take with Eldorado Allen.

The Jon Romans and Terry Warner-owned seven year old secured the second Grade Two success of his career when making a triumphant return to action at Exeter earlier this month in the Betway Haldon Gold Cup.

Although Eldorado Allen failed to feature on his previous start over two and a half miles in the Grade One SSS Super Alloys Manifesto Novices’ Chase at Aintree on his final start last season, Tizzard feels he is now ready to tackle the trip once again.

He added: “They have put Eldorado Allen up four pounds for his Haldon Gold Cup victory up to a rating of 155.

“It looked like he was crying out for two and a half miles at Exeter and this looks the obvious route to go. He has come out of that race well and this also works out nicely timing wise.

“He did very well at Exeter as he really dug in. He looked beat coming to the last but he battled on well and two and a half miles now probably looks his trip.

“Hopefully he is an improving horse as he has been handicapped that way.”