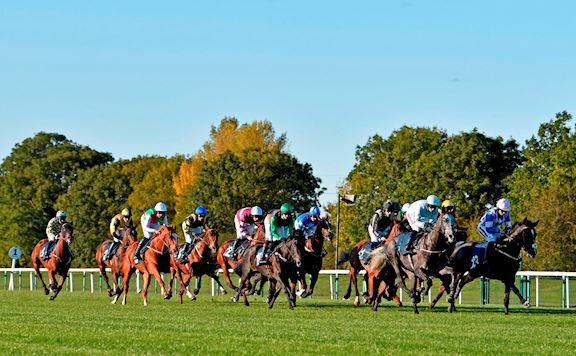 Trainer Stuart Edmunds is hopeful that the progressive Maskada can add to a good recent spell for the yard by striking in the feature contest at Huntingdon on Friday (28th January), the Pertemps Lady Protectress Mares' Chase over 2m 4f.

The Listed contest has been won by some smart types since its introduction as part of the expanded mares programme in 2016, including spring festival regulars Happy Diva (2019) and Annie Mc (2021). Maskada goes into Friday’s contest on the back of a game success at this level at Leicester earlier this month.

Edmunds, who is based in nearby Newport Pagnell, has enjoyed a good spell of things over the past six weeks or so and although Maskada was well held on her sole try over Friday’s distance, he is hopeful that the six-year-old can run well again.

He said: “Maskada is in great form and we’d be very hopeful of a big run on Friday. I think Vienna Court has improved a lot but we’ll go there with every chance.

“It’s a very valuable race and some nice mares have won this in the past. She has done everything right at home and we go there with a fighting chance.

“Her victory at Leicester was very solid and the only negative is that I’d prefer the ground a bit softer.

“The only time she ran over two and a half miles was at Hereford about 18 months ago and if you look at the horse who won that race (Molly Ollys Wishes), the form isn’t too shabby. I don’t believe my horses were quite right at that time and she was beaten too far out for it to be the trip that day.”

Edmunds is due to have three runners on the card and revealed that he feels he has a nice prospect in the final race, the Pertemps Network Open Maiden National Hunt Flat Race (2m).

Edmunds added: “We’ve got two other runners on Friday and I think I’ve got a nice horse in the bumper in Coolamaine Lad.

“We like him a lot at home – they can make fools of you of course – but we’re looking forward to seeing how he goes.

“We’re really starting to hit our stride since Christmas time which is great and, touch wood, all is going well for the yard at the moment.”