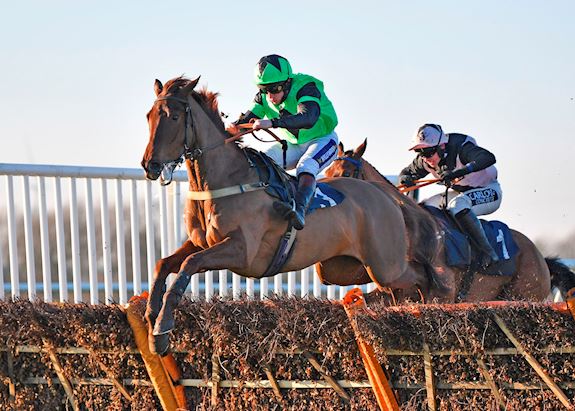 Kotmask moved a step closer to fulfilling owner Gary Robinson’s “ultimate dream” of having a winner at the Cheltenham Festival after securing a tenacious success in the Chatteris Fen Juvenile Hurdle at Huntingdon.

After winning by 12 lengths on his British racecourse debut at Fontwell on December 7th, the Gary Moore-trained son of Masked Marvel was forced to work much harder to follow up in today’s feature two-mile contest, for which he was sent off the 6-5 favourite.

Racing up with the pace throughout under Jamie Moore, the market leader still had plenty of work to do entering the home straight with both Genuflex and eventual runner-up Collingham flanking him either side on the approach to the final two flights.

As Genuflex gave way it was left to Collingham to throw down one last challenge after the last but Kotmask was not for passing and pulled out just enough to prevail by a head.

Robinson said: “I got a little worried coming to the finish but he is a great horse with a lovely temperament. He has done well for us today and I’m really pleased.

“He did a good job at Fontwell when he ran out an easy winner. I was a little bit worried about the ground being much harder but he has done it and a win is a win.

“I’d love to see him at Cheltenham in March and hopefully he will be there. Whether that is the Triumph Hurdle or the Fred Winter (the Boodles Juvenile Handicap Hurdle), it would be great. I think more so at the moment it would be the Fred Winter.

“This is the second horse I’ve had with Gary as I brought a horse called Yorksea and he has been doing okay and he came second at Cheltenham. To win at Cheltenham is the ultimate dream and it doesn’t matter what the race is.”

Kotmask has now been introduced by Paddy Power at 25-1 for the Boodles Juvenile Handicap Hurdle at The Festival, but although owner Robinson is keen to run him, winning rider Jamie Moore hinted there may be other targets on the horizon.

Speaking after the race Moore said: “He showed a lot of guts and that was only his third ever start. He jumps well - he takes a little bit too long in the air but that will get ironed out in due course.

“I thought he (Collingham) had me but we have rallied back and the horse is very genuine.

“I don’t know where we go next as I don’t know what dad has got planned for him. I don’t worry about Fred Winters and Triumphs as there are plenty of other races.

“There are handicaps at Ascot and Newbury at the end of the season and they are other options for us.”

Jack Martin insisted it was a “dream come true” after celebrating his first winner under rules aboard Alberic in the Racing TV Conditional Jockeys’ Handicap Hurdle.

The 23 year old, who is the cousin of 2019-20 champion jockey Brian Hughes and son of ex-rider Paul Martin, secured what he hopes will be the first of many winners with a half-length success aboard the Philip Hobbs trained 5-4 favourite in the extended 2m 3f contest.

Martin said: “It is amazing and brilliant. I don’t think it has really sunk in yet.

“I knew he was favourite and a lot of people said, ‘don’t let pressure get to your head and ride your race’. I probably would have liked to have been handier and I should have been.

“Where I was he was happy and he travelled away. He wanted a bit of daylight turning in and he got that today and stuck his head out to the line which is the main thing.

“This is my fourth season with the governor (Philip Hobbs). I’ve been an amateur for three seasons and my dad Paul was an ex-professional jockey.

“I was based in Ireland but I didn’t get much. I went to Philip Hobbs and I spoke to my cousin Brian Hughes and he said, ‘keep your head down and keep grafting’.

“This is a dream come true and hopefully I will get plenty more before the end of the season.”

After finding only the Nicky Henderson-trained Balco Coastal too strong on his British debut on his previous start at Ludlow, the Dan Skelton-trained five year old went one better with a taking six and a half-length success under Harry Skelton.

Mike Brown, syndicate member, said of the 4-5 favourite: “After that run at Ludlow we were hopeful of a good run today. I think that just proved he is a decent horse.

“Harry said he is a very straightforward horse and is very uncomplicated. He had plenty in hand and he gave Harry a brilliant ride round.

“He will get two and a half (miles) when the ground is better but we will stay at two miles for the time being. There is plenty to look forward. It is exciting times. “

Our Power may have got no further than the first fence at Doncaster on Tuesday but the Sam Thomas-trained seven year old made amends when carrying top weight to glory by a length and a half in the Racing TV Novices’ Limited Handicap Chase (2m 4f).

Successful jockey Sam Twiston-Davies said of the 11-4 winner: “There was a lot of pace on (at Doncaster) and he reached for the first but didn’t quite get there. Sam (Thomas) had said he had been fantastic since and thankfully he was right.

“It was very tacky holding ground and I’d say he would get a bit further. He has a good way of racing as he doesn’t use energy up and his jumping is getting better.” 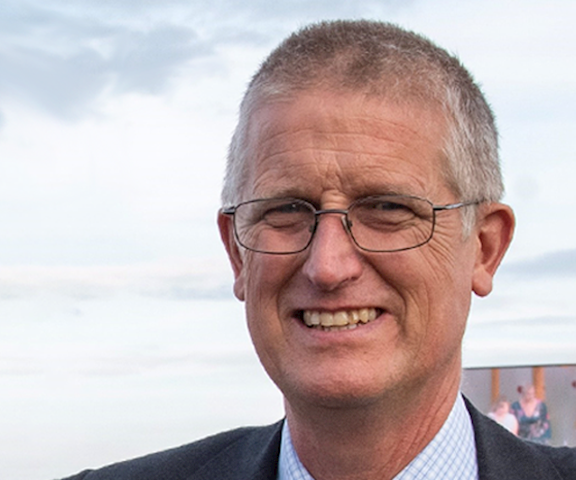 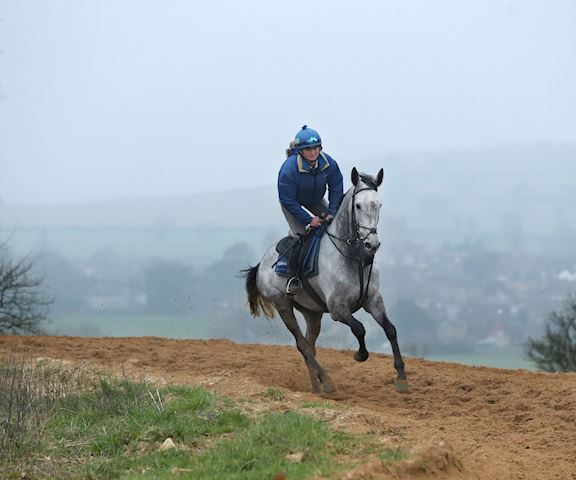