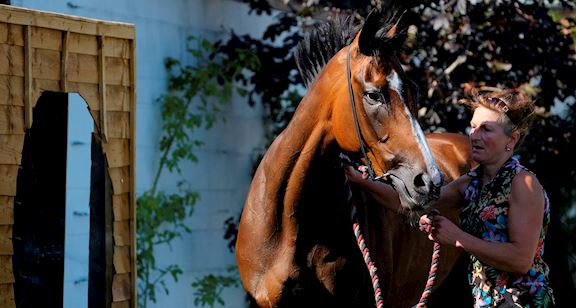 Punters who follow the horses of Dr Richard Newland at Market Rasen will be delighted that the Grand National-winning trainer is aiming to create one of Britain’s leading jump racing operations.

A move to new stables allows him to double the number of horses he trains.

Regular visitors to Market Rasen over the years will be well aware of his superb record at Lincolnshire’s only racecourse.

A level bet on every one of his 159 runners at the track during his career would have produced a profit of over £28 for every £1 wagered. Over the last five years, he has an enviable winner-to-runner strike rate of 30 per cent.

A GP by trade, Dr Newland has sent out more runners at Market Rasen than at any other British racecourse and he has earned more prize money on his visits to Lincolnshire than any track apart from Aintree where he won the Grand National with Pineau De Re in April 2014. Dr Newland came on to Market Rasen’s meeting the following day and celebrated with two winners.

The Midlands trainer targets the major races at Market Rasen and he’ll almost certainly have his eye on the valuable prize money being offered at the next meeting on Saturday, 28th September, the annual Prelude Day that marks the finale to summer jumping and the start of the winter season.

There will be pub games and musical entertainment from the Moonshiners ceilidh and folk band during and after racing. Admission for adults is from £10.80 in advance and £12 on the day. Accompanied under 18s are admitted free of charge. Visitors can take advantage of a pint-sized offer for a Tattersalls admission ticket, race-day programme and a pint of beer, glass of wine or soft drink – all for an inclusive price of £22.

Further details can be found and tickets bought in advance for all fixtures at https://www.thejockeyclub.co.uk/marketrasen/.