a day of music, Entertainment and style

Although this is a fantastic day for the ladies', there is something for everyone with seven thrilling races, including one for female amateur riders, fabulous fashion at our Style Awards, off-track summer entertainment and a brilliant live DJ afterparty. 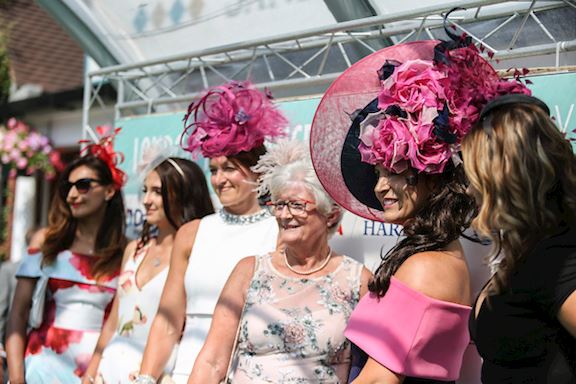 Ladies' Day is packed with entertainment from the moment gates open. 2019's event brought ice cream on arrival and a welcome by our popular butterfly stilt walkers. Performers from the London Roundhouse set the summer mood, and in between racing there was the chance to get the perfect picture against our flower walls or bask in the sun in the Picnic Enclosure.

First prize for 2019's Style Awards winner was an incredible seven night holiday for two at Paradis Beachcomber Golf Resort & Spa in beautiful Mauritius. Second place took home a year's supply of dresses from Chi Chi London. The prizes are only going to get bigger and better, so you don't want to miss 2020's event. Dress to impress to be in with a chance of winning. 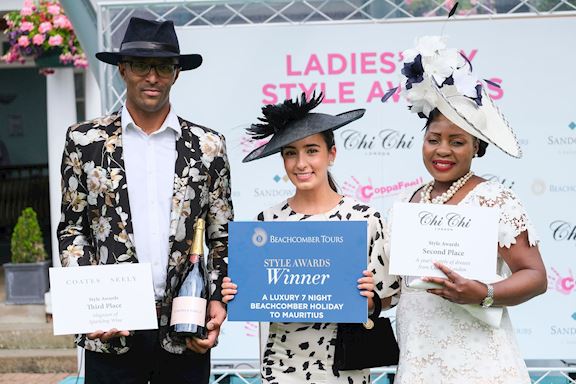 Due to the ongoing public health situation all previously scheduled horseracing fixtures in Britain have been cancelled until the end of August 2020.

In their place the British Horseracing Authority has announced a new fixture list for June, July and August. These fixtures will initially be behind closed doors and with only the minimum number of people allowed on site. As a result, horseracing will not be able to take place in front of crowds in Britain for the foreseeable future.

What to wear on a raceday

Following redevelopments at Sandown Park, please be aware the Grandstand View suite has been transformed into the 1875 Lounge. Grandstand ticket holders will still be able to enjoy the external terrace overlooking the Parade Ring, but no longer access the first floor bars.