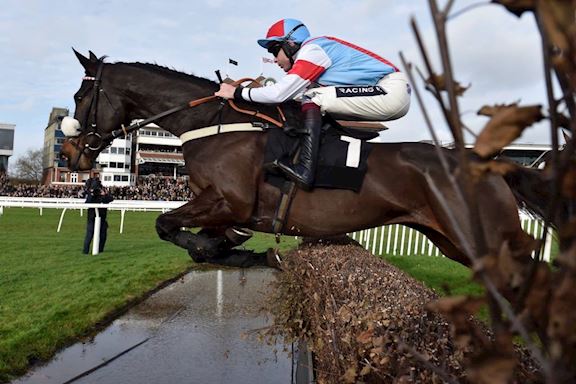 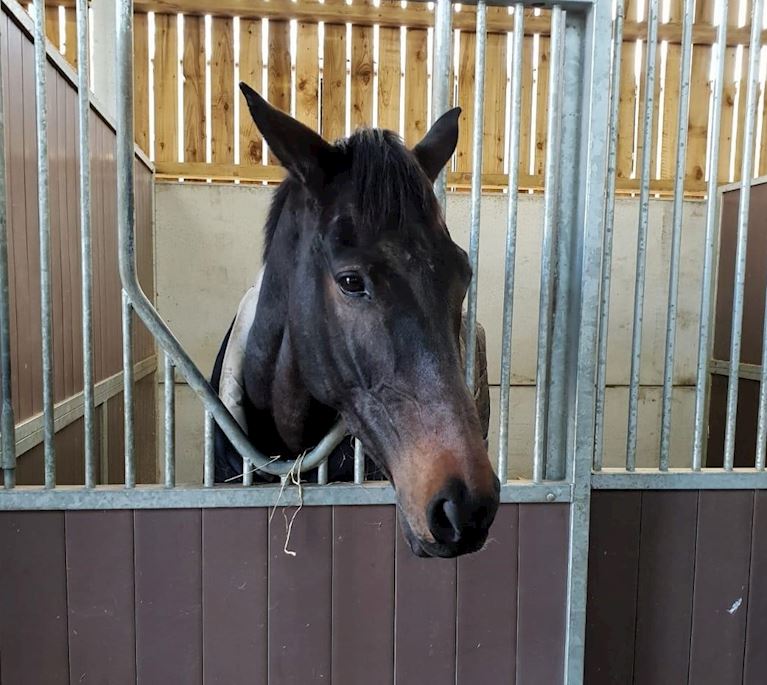 Sparsholt-based Whittington admitted to being surprised by the five-year-old’s win in the Grade 3 Poplar Square Chase last time out, in which he was taking on impressive Racing Post Arkle winner Footpad, who had finished 53L ahead at the Cheltenham Festival.

“After the Arkle we were hoping to get back on track more than anything. To go there taking on Footpad, I guess we would have been happy to have given him a really good race and finished a good second and anything more is a bonus really, but to put in that kind of mature and polished performance, that’s what was so pleasing about it.”

The Kate and Andrew Brooks owned gelding won three times in novice company last season before a disappointing fourth placed finish at the Cheltenham Festival, but Whittington believes he is a better horse this season.

“He is much more the finished article. Last winter he was quite a big raw horse, perhaps on the weak side still. He had 3 months in the field from 1 April and 4 months to get back for the Ireland race and all he has done is get stronger and stronger and stronger, his work has got more professional.”

Heading the opposition at Sandown is two-time Cheltenham Festival winner Altior, undefeated in nine starts over fences. Whittington is under no illusions as to the task ahead:

“We are happy with our lad and he looks a million dollars. He’s fit and well. Obviously he has got to improve, but he is only a 5-year-old. He is developing all the time physically and he is ready for the challenge and what a challenge it is! I hope he can turn up, run his race and continue to improve because he is young and progressive. Hopefully we are good enough to give the great horse a race.”

Saint Calvados posted the most impressive performance of his career to date on soft ground in the Kingmaker Novices’ Chase at Warwick and Whittington will be hoping for rain before Saturday.

“I have always said, the softer it is the better chance that he will have. He handles soft ground so well, whereas other horses don’t. We know he is so effective on it, like he was in the Kingmaker, with the fractions that he set and the time of the race and everything. So for me to give him his best chance, the softer it is the more dangerous we are. With all the rain around, hopefully we will get our conditions and put it up to them!”

Tickets for the Betfair Tingle Creek Christmas Festival on Friday 7 and Saturday 8 December are available from here or by calling 0344 579 3012. Under 18s go free when accompanied by an adult.