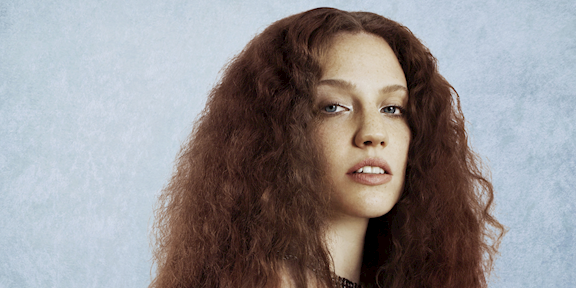 The Jockey Club Live and Sandown Park Racecourse are please to announce the first show for the 2019 summer season with JESS GLYNNE playing on Thursday 8th August 2019.

In her first few years in the music industry, Jess has carved out a unique slot all of her own. Where others were contemplating the aftermath of heartache, she was always about standing on your own two feet. At the start of 2018, she took a listen back to her just completed second album, Always in Between. Like her blockbuster debut, I Cry When I Laugh, Jess brokers the hinterlands between pop, soul, R&B and house music on it.

When you look at the statistics that have marked her sky-rocketing career so far, there is probably a look of mild disbelief on your face…. I Cry When I Laugh is one of the defining British pop records of its era. At the time of writing it has been a chart staple for 138 weeks. It debuted at number one, spawning 12 million worldwide singles sales, 39 weeks on the UK top 10, 2.5 billion Spotify streams, a sold out UK arena tour, Brit, MTV: EMA, Ivor Novello, MOBO, Q and Glamour award nominations.

“We are delighted to announce Jess Glynne as our first confirmed act performing at Sandown Park next summer.

“It’s exciting to be welcoming an internationally renowned artist to Esher and we’re set to enjoy a great evening of racing followed by top live music.”

There will be more artist announcements for Sandown Park imminently, so keep your eyes peeled.

More about The Jockey Club Live

The Jockey Club Live are leading promoters on the UK live scene, delivering spectacular line-ups of some of the hottest chart talent and legendary household names to some of the world’s most famous racecourses. The Jockey Club Live concerts at Sandown Park Racecourse are a staple in the social calendar and over the past few years have hosted thousands of fans of live music, with performances from artists including George Ezra, Nile Rodgers & Chic, Olly Murs and Tom Jones.

Tickets will be on sale at 8am on Friday 14th December via Jockey Club Live, with a presale available to customers at 8am on Wednesday 12th December. Tickets are priced starting at £40 for adults and £20 for under 18’s. All T&C’s are available on here. There will be hospitality packages available to suit all budgets. Find out more.