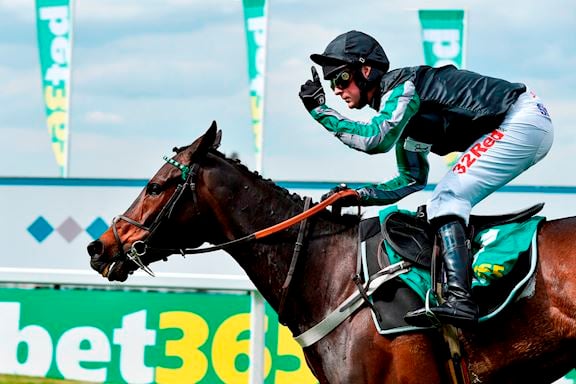 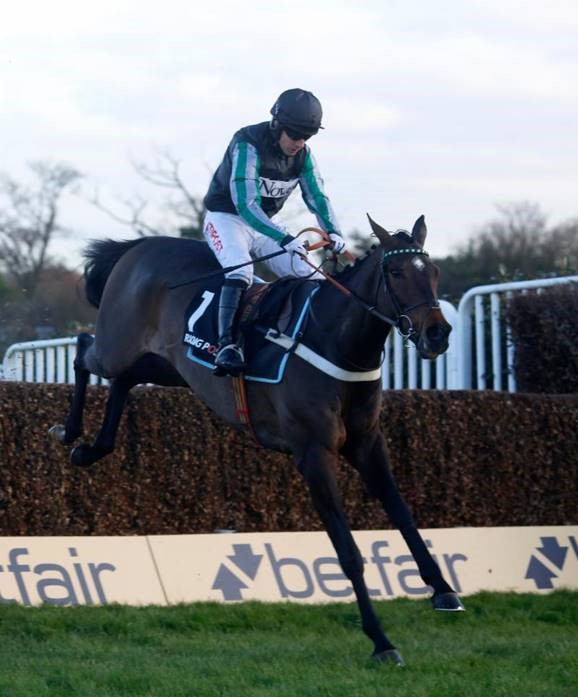 The eight-year-old Altior, who races in the colours of Patricia Pugh, is unbeaten in all of his nine starts over fences and was last seen when taking the G1 bet365 Celebration Chase at Sandown Park on April 28.

Altior's exploits in the 2017/18 campaign saw him earn a rating of 175 in the Anglo-Irish Jump Classification, just one pound behind Cheltenham Gold Cup winner Native River. He is the 5/6 favourite with sponsor Betfair.

The master of Seven Barrows said: "Altior is in very good form and we are looking forward to Saturday.

"We contemplated running in the Shloer Chase at Cheltenham last month, but we were happy to wait for the Tingle Creek and he is in good order.

"We will look after him for the rest of the week and hope all goes well with him.

"It is shaping up to be a very good race, but we are delighted with him.

"With Buveur D'Air winning at Newcastle on Saturday, it was nice to get the show back on the road after Might Bite got beat at Haydock.

"We are looking forward to the race."

The opposition to Altior is headed by Sceau Royal (Alan King, 9/2), who already has a win on the board this season having taken the G2 Shloer Chase at Cheltenham on November 18. The six-year-old, who is owned by Simon Munir and Isaac Souede, is also a course and distance winner having taken the G1 randoxhealth.com Henry VIII Novices' Chase in great style on this day 12 months ago.

Saint Calvados (Harry Whittington, 11/2) was a very useful novice last season, when his victories included the G2 Kingmaker Novices' Chase at Warwick. He made a good start to the current campaign when recording a smooth four and a half-length success in a G3 contest at Naas, Ireland, on November 10.

The Betfair Tingle Creek Chase last went to Ireland in 2016 when Willie Mullins saddled Un De Sceaux (7/1) to victory. The 10-year-old, a nine-time G1 winner, is one of three Betfair Tingle Creek Chase entries for Ireland's champion Jump trainer along with Min (20/1), who was runner-up to Altior in last season's Queen Mother Champion Chase, and Great Field (8/1). Great Field is a fascinating contender, having won all five of his chase starts in Ireland. Racing in the famous silks of J P McManus, Great Field was last seen when winning a G2 contest at Navan in March and was a G1 winner at the 2017 Punchestown Festival.

Further Irish-trained interest comes courtesy of the experienced Special Tiara (Henry de Bromhead, 33/1). The popular 11-year-old is a three-time G1 winner, including when successful in the G1 bet365 Celebration Chase at Sandown Park in April, 2015.

God's Own (Tom George, 25/1) was third to Altior at both Cheltenham and Sandown Park in the spring and got the current season off to the perfect start when landing the G2 bwin Haldon Gold Cup at Exeter on November 6.

The final declaration stage for the Betfair Tingle Creek Chase is at 10.00am on Thursday, December 6.

Betfair spokesman, Barry Orr, commented today: "There have been six winning favourites in the last 10 runnings of the Betfair Tingle Creek Chase.

"While Champion Chase winner Altior is odds-on at 5/6, he definitely won't have everything his own way with Sceau Royal and Saint Calvados sure to keep him honest, while Great Field is an intriguing entry.

"It is shaping up to be a fascinating renewal of the Betfair Tingle Creek."

Novice chasers get their chance to shine in the £55,000 randoxhealth.com Henry VIII Novices' Chase (1.50pm, 10 entries). G1-winning hurdler Lalor (Kayley Woollacott) made the perfect start to his chasing career when successful at Cheltenham on November 18 and heads the entries.

The seven-race programme at Sandown Park on Saturday, December 8 gets underway at 12.15pm and runs through to 3.35pm.

The Betfair Tingle Creek Christmas Festival gets underway on Friday, December 7, with a six-race programme running from 12.50pm to 3.30pm.