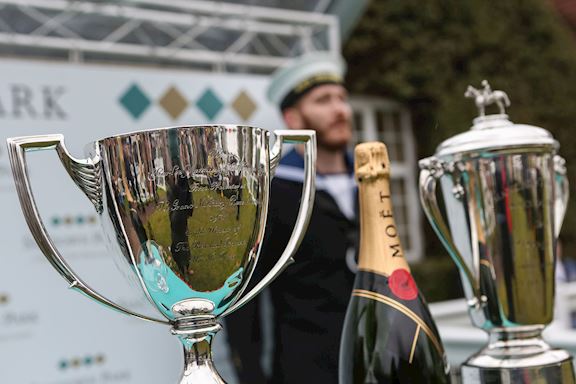 Celebrating honour and horsemanship of the armed forces

Even with the Derby and St Leger having passed their bicentenaries in the 20th century, races rarely come as traditional as the Grand Military Gold Cup. Due to various necessitated abandonments, the race, first run in its original form in 1841, only celebrated its 150th renewal in 2013, but remains untouchable within the racing calendar, celebrating the honour and horsemanship of our armed forces.

The race is open only to owners who have served, or are still serving, in the military while jockeyship is limited only to those who remain active in service. Run over three miles, it is fitting that the Grand Military Gold Cup is one of the more traditional races run at Sandown Park.

The meeting was nomadic up until the beginning of the twentieth century. Its most regular home of Sandown Park first hosted in 1878, but the race and its location only settled into regularity following events of the Second World War. It returned for good in 1949, the absence in the intermediary years enforced due to a lack of qualified participants due to continuing atrocities around the globe. Since its return, however, the race has missed only two runnings.

As you would expect, the race has seen its fair share of characters triumph over the years. Of noble stock, perhaps none exemplify the qualities required of the race and his service more than Colonel Sir Piers Henry George Bengough.

He is the only man to win the race holding three different roles. In his first victory in 1960, aboard Joan’s Rival, he was Captain Bengough, while for his following three triumphs, for which he had to wait over a decade, he was firstly Major Bengough, and subsequently Lieutenant Colonel Bengough. This triumvirate of victories was achieved aboard Charles Dickens, a marvellous servant to Bengough and trainer Alec Kilpatrick and a horse who would go on to be third in the 1974 Grand National. Later that decade, the race saw its classiest winner as the former Gold Cup hero, Ten Up, took to the winners’ enclosure in 1979.

The 1980s saw an even more famous figure take centre stage. Broderick Munro-Wilson rode in Grand Nationals himself and was easily recognisable on screens across the globe due to his traditional, all-action riding style. Once labelled “a cad” by a judge in a well-publicised court case, Munro-Wilson won the race in successive years on Been and The Drunken Duck in 1980 and 1981.

Competition amongst trainers does not wain when it comes to this contest. The Grand Military Gold Cup is, first and foremost, a horse race and as such both Paul Nicholls and Nicky Henderson can boast multiple victories in the race. Neither, however, is close to the record held by Fulke Walwyn. He has won on seven occasions, three coming courtesy of the Queen Mother’s former Whitbread Gold Cup hero Special Cargo.

There are still times when these records must pale in comparison. One of the most thought-provoking and emotional victories of recent years came courtesy of Rathlin Rose in 2017, ridden by Captain Guy Disney. Disney’s leg was amputated after suffering injuries in Afghanistan in 2009. He was the first ever amputee-rider to win at a professional racecourse in Britain when he guided Rathlin Rose home, a feat very few will ever match.