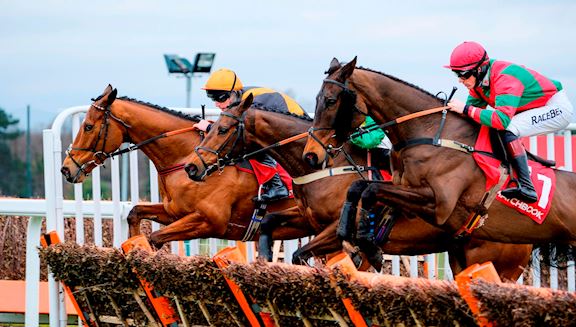 The 16 entry, Matchbook Imperial Cup, Saturday 9 March, is set to be an intriguing spectacle with a host of promising novices attempting to prove they’re ahead of the handicapper and a rank outsider returning to the track after an absence of almost three years.

Last year’s runner-up Call Me Lord (best price 12/1) is the aforementioned top-weight. Since being beaten a neck by Mr Antolini last year (when also trying to give weight away to all), he has won Sandown’s own Grade Two Select Hurdle by a wide margin. A step up in trip to three miles proved fruitless earlier this season, but back over two miles, he may well be rejuvenated and is a class racehorse.

The three who have begun to dominate the market after the declarations were announced are all novices currently at the top of their game. Both Monsieur Lecoq (6/1) and Benny’s Bridge (9/1) remain on marks which would see them out the handicap and as such are two and five pounds worse off respectively than they would be otherwise. However, the former has found the winning groove, facilely disposing of the opposition the last twice for the Williams duo Jane and Chester, while the latter was a well-backed and ready winner of a Cheltenham handicap in January for Fergal O’Brien. Don’t let either’s inexperience or lowly marks put you off.

The third of these novices is Nicky Henderson’s Dream Du Grand Val (8/1). He will also seek a third victory on the bounce and has made light work of his opposition so far this season.

Others of note include First Flow (8/1), Solomon Grey (14/1) and Extra Mag (20/1). The first named returns off a year-long layoff having been well-supported for last year’s Supreme Novices Hurdle at Cheltenham and will appreciate as much rain as could fall on Surrey in the coming days. Solomon Grey meanwhile, was second in a competitive handicap heat at Kempton and reverts to the minimum trip and Extra Mag was the subject of significant support for the race in midweek, but is still available at a handy price.

The final word goes to two of the outsiders. Chti Balko (33/1) runs for Donald McCain who will be hoping for a marquee victory after the stable’s troubles with the equine influenza outbreak. If the horse is fit and healthy, his mark is attractive while the eight-year-old All Yours (66/1) makes his comeback after nearly three years off the track. Now trained by Sean Curran, he was a Grade One winner as a juvenile so the ability is there. Nevertheless, it is wonderful to see any horse return after such a break. Whatever takes your fancy, the Matchbook Imperial Cup looks set for a headline winner.