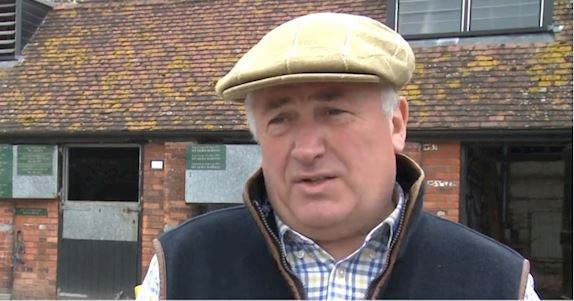 Altior and Cyrname on course for Sandown Park clash

Paul Nicholls has reported, Cyrname, to be in good form ahead of his potential clash with Altior in the bet365 Celebration Chase at Sandown Park on 27th April 2019.

The possible match-up has been eagerly anticipated ever since Cyrname was given an official rating of 178, 3lb superior to the two-time Champion Chase winner Altior, after his devastating display at Ascot where he beat his closest rival, Waiting Patiently, by 17 lengths in the Betfair Ascot Chase.

“Cyrname is fine, I mean obvio usly he hasn’t run since he won at Ascot, but he looks great now. He just was a little bit flat a week or so ago but that’s just him and he’s back in full cry again now.”

Nicholls was quick to point out that Cyrname’s place in the race would be dependent on the ground at Sandown Park. Nicholls said his seven-year-old would require it to be on the soft side, commenting:

“The only option we have got is Sandown Park and that would be if the ground was right. We would like to see it slow, if it's fast there’s no way he’ll run again. We would look after him and look forward to him next season because the King George (on Boxing Day at Kempton Park) is his aim and we will work back from that. If we could go to Sandown Park, if the ground is soft enough it would be interesting”

On the possible clash with Altior, Nicholls added:

“It will be interesting, I mean it’s a bit of a disadvantage for us going back to two miles because we obviously would like to go a little bit further, hence I’d love to run him if the ground was testing. He really is a two mile five furlong / two mile six furlong horse, who will get three miles.”

Altior will be bidding for his 19th successive triumph, edging him clear of legendary staying hurdler Big Buck's, with whom he shares the record for the most consecutive victories. Connections had been hoping to run Altior at Aintree but in the end decided to go for the race he has won on the last two occasions. Trainer Nicky Henderson said:

“I’d hoped to go to Aintree with him to be honest. I was pretty keen to up him in trip because I think everyone is saying, all he is doing is beating the same horses the whole time and he is never going to be called a champion until he’s done something completely different.”

On the potential clash with Cyrname, Henderson added:

“Paul’s horse is obviously very good, he looks very, very smart especially round Sandown (Park) and Ascot the other day. I think he’s a very big threat, to the point where he’s actually rated above us. It should be a cracking great race, it really should, a genuine Grade One. He’s won it twice before but Paul seems to want to protect Big Bucks’ record, why not, it will be good fun.

When asked about Altior’s plans for next season, Henderson commented:

“We will definitely try him over further next year just to try and I think he’ll cope with it because he’s such a relaxed horse, he’s very, very professional through his races, he doesn’t have to go flat out, you can switch him off, you can switch him in, you can do whatever you like.”