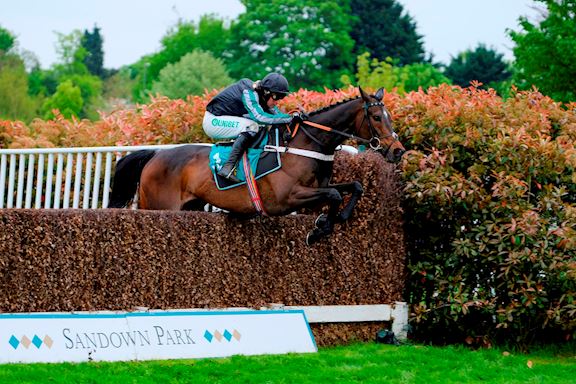 The eagerly anticipated clash between Altior and Cyrname could take place at Sandown Park this Saturday after both horses were entered at the five-day stage for the Grade 1 bet365 Celebration Chase.

Cyrname is currently rated 178, 3lb superior to the two-time Champion Chase winner Altior but the pair are yet to meet on the racecourse. Trainer Paul Nicholls, who will be awarded his 11th Champion trainer title on bet365 Jump Finale day, has stated that the seven-year-olds participation in the race will be subject to ground conditions. Cyrname has also been entered in the Grade 2 bet365 Oaksey Chase at Sandown Park on Saturday. Connections have confirmed that he will parade on the day if he doesn’t line up in either race.

Nicholls said: “The only option we have got is Sandown Park and that would be if the ground was right. We would like to see it slow, if its fast there’s no way he’ll run again.”

Altior will be looking for his third straight victory in the bet365 Celebration Chase and record his 19th successive win. The Nicky Henderson trained superstar will be looking to succeed the current record of most consecutive victories currently held by legendary staying hurdler Big Bucks.

26 horses remain for the bet365 Gold Cup including last year’s winner Step Back trained by Mark Bradstock. Four-time winner of the race, Paul Nicholls, has three left in at the confirmation stage, Adrien Du Pont, who heads the top of the weights, Give Me A Copper and Present Man.

Champion Trainer Nicky Henderson has two runners entered, Beware The Bear, who will be looking to follow up his win at the Cheltenham Festival with success at Sandown Park on Saturday and Vyta Du Roc. The anti-post favourite Talkischeap trained by Alan King remains in the race at the confirmation stage.

The bet365 Oaksey Chase (for The Menorah Challenge Trophy) has 12 entries. As well as Cyrname, Paul Nicholls has three others entered including Black Corton who could team up with Jockey Bryony Frost if she is passed fit to ride. Adrien Du Pont and San Benedeto make up the Nicholls team. Nicky Henderson may also be well represented in the race with Gold Present, Josses Hill and Janika entered. Tea For Two, last seen being pulled up in the Grand National, could line up for trainer, Jane Williams and jockey Lizzie Kelly, whilst Charbel looks set to take his place in the field for trainer Kim Bailey. Go Conquer for Nigel Twiston Davies, Cobra De Mai for Dan Skelton and Definitely Red for Brian Ellison make up the field.

Andrew Cooper, Head of Racing and Clerk of the Course at Sandown Park Racecourse said:

“Saturday is shaping up to be a fantastic day. We have Altior and Cyrname entered in the bet365 Celebration Chase which could make it the clash of the season. Altior will be bidding for his 19th successive win and edge him clear over Big Bucks current record of 18 consecutive wins. The champions of the season will be crowned before racing and we have a cracking line up of horses in our Parade of Champions where the crowd will have the chance to see Ryanair Chase winner Frodon and the Stayers Hurdle winner Paisley Park, to name but a few. We have another competitive renewal of the bet365 Gold Cup and we are looking forward to a brilliant card bringing the 2018/2019 jump racing season to an end.”