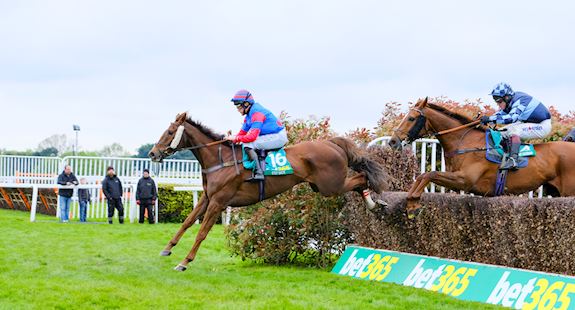 The Gold Cup at Sandown, known historically by most aficionados as the Whitbread, has been the curtain-closing epic of the Jumps since 1957.

It is invariably a highly competitive handicap fuelled by top-class staying chasers, including those who have competed in the Cheltenham Gold Cup and Grand National. Winners of those two races feature throughout the honours board of Sandown’s Gold Cup as well.

Much Obliged opened the scoring in 1957 for Johnny East and Neville Crump and was followed into the winners’ enclosure the year after by Taxidermist. He was the first of seven winners in the race for Fulke Walwyn.

In 1961, the first Gold Cup hero returned victorious in the race as Pas Seul defied his 12 stone burden to win under Dave Dick.

Pas Seul preceded arguably the two most famous winners of them all. In 1965, Arkle “himself” won under a scarcely believable 12 stone 7lb. Nowadays, horses are forbidden to shoulder such a weight, adding another feather to Arkle’s cap. Two years on and his old adversary Mill House, just the 11 stone 11lb on his back, returned for one last emotional triumph before retirement. Sandwiched between the two, What A Myth, the 1968 Gold Cup hero, won the race in 1966.

Desert Orchid, who can be found on winners lists throughout Sandown’s history, won his Gold Cup in 1988, the year before his Cheltenham equivalent. Two years after him, Mr Frisk won the race just a few weeks after having won the Grand National in record time, a remarkable training feat by Kim Bailey.

It is unusual to see Aidan O’Brien’s name in a jumps race’s roll of honour, but he trained Life Of A Lord, ridden to victory in 1996 by Charlie Swan. That was Swan’s second triumph in the race, leaving him behind only Ron Barry (who triumphed in 1971, 1973 and 1974) for the title of winningest jockey.

It has become more unusual for a horse to carry top-weight in this race in the 21st Century though the immensely popular Tidal Bay managed one of his final triumphs in 2012 at the age of 11. In 2016, The Young Master was partnered by Sam Waley-Cohen, who became only the fourth amateur to win the race after John Lawrence, Marcus Armytage and Rupert Nuttall.

Another of the Jump’s final acts will be staged at Sandown Park and the bet365 Gold Cup will once again be the traditional rollercoaster ride to bring us to the end.