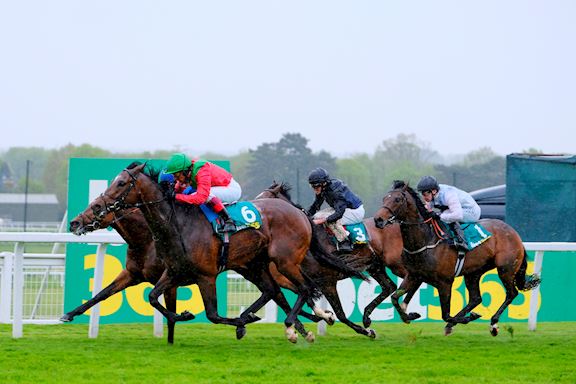 With the days getting longer, the month of spring is very much upon us. For racing purists, this means only one thing: the Flat season is on the horizon.

Doncaster’s Lincoln meeting represents the re-opening of flat racing on turf, but at Sandown, the season begins to accelerate apace on the 26th April, with the Group Three bet365 Classic Trial and Group Two bet365 Mile providing the backdrop for potential stars of the season to showcase their talents.

The former of the two races is restricted only to three-year-olds. This age group is known as the Classic generation for they are the only horses eligible to compete in the five Classic races later on in the season. Sandown’s Classic Trial, run over a mile-and-a-quarter, is ideally placed in the calendar for those with aspirations for the Epsom Classics, the Oaks and the Derby.

This is best illustrated with a look down the roll call of winners. Originally run in 1953 as the Royal Stakes, Mountain King became the first victor of the race and although the race was responsible for a number of multiple subsequent winners, it took a while to bare serious fruit. That eventually came in 1974, when the great Bustino, famous for his titanic King George battle with Grundy, won for Dick Hern and Joe Mercer.

This ignited a golden age for the race. The 1979 hero, Troy, would go on to win both the Epsom and Irish Derbies as well as a King George while even non-racing fans are aware of Shergar, winner in 1981. Fewer are aware of Shahrastani, who took this race en route to Derby glory in 1986. That contest, however, is more remembered for Dancing Brave finishing as the runner-up, a name more will be familiar with.

If this season’s contest plays host to another John Gosden inmate then an historic tenth triumph, as well as a hat-trick following victories for Cunco and Sevenna Star in recent years, could be on the cards.

Unlike the Classic Trial, the Mile got off to a flying start with Clive Brittain’s immensely popular filly, Pebbles winning the inaugural running in 1985 before triumphing in the Eclipse and Breeders Cup that season. Other top-class animals to win in the race’s early days include the Andre Fabre-trained Soviet Star for France and Markofdistinction, a significant triumph for a young Frankie Dettori in 1990.

The race has been a glorious hunting ground for Richard Hannon Sr. since the turn of the century. He won it no fewer than seven times, including a streak of four between 2008-2011, the middle two of the sequence courtesy of the classy Paco Boy, a three-time Group One winner. His son, Richard Jr. has continued the dynasty with victory in 2016 with Toormore.

With the season now underway, the ground staff at Sandown will be priming the Flat course as we speak in preparation for the burgeoning talent set to take aim at these prizes. As ever, the card will be a welcome prelude for the months ahead.

Buy tickets for bet365 Classic Trial Day on the 26 April.