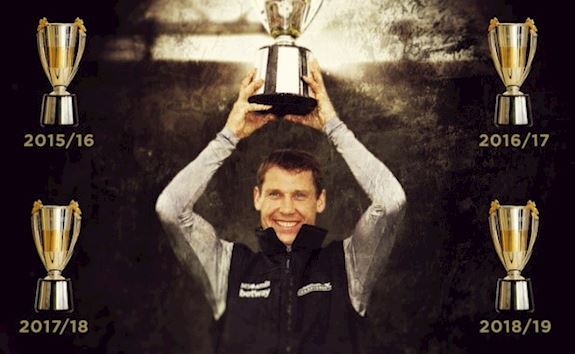 To celebrate his latest title, Great British Racing have teamed up with legendary sports commentator Eddie Butler in a video homage to Johnson’s tenacity, resilience and talent that have seen him win four back to back titles since 2015.

On 16 occasions, Johnson finished runner up to AP McCoy, before eventually claiming his first title and the video also features other British sporting greats who have likewise bounced back from disappointment to claim the ultimate prizes in their respective sports. They include: 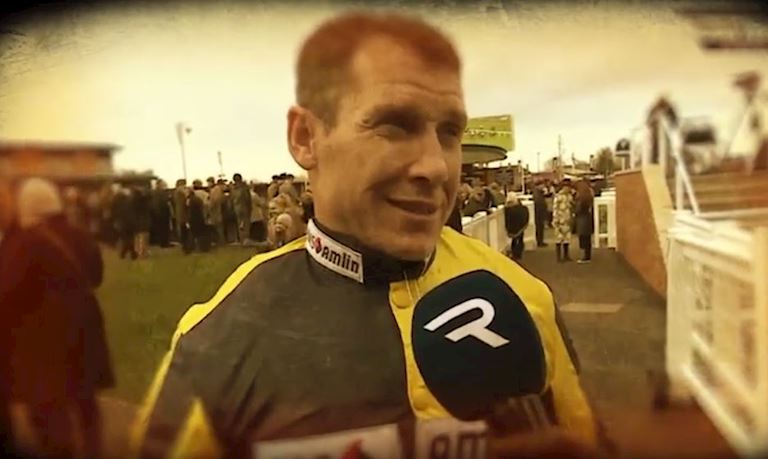 Johnson is on a commanding 195 winners from 959 rides, which surpasses his totals for the previous two seasons, and leaves him needing just six victories to secure a double-century. He is currently 18 clear of second-placed Harry Skelton and 49 ahead of third-placed Brian Hughes - please see the latest table here.

In the run up to being crowned Stobart Champion Jump Jockey, Richard Johnson said: “It’s an amazing feeling to know that I will be getting my hands back on that trophy – believe me you do not get bored of that feeling and to do it for four years in a row is something I am immensely proud of!

“It’s always a long hard season, but there have been some fantastic battles across the year and so many talented jockeys that I am up against day in day out, so it’s brilliant to come out on top again.

“The cherry on the cake would be to hit the 200 mark on Saturday, that would be an unbelievable moment and the perfect ending to what has been another tremendous season for me.”

Amongst his 195 victories this term, Johnson scooped the prestigious Kauto Star Novices’ Chase with La Bague Au Roi at Kempton Racecourse on Boxing Day. Other stand-out moments in the season included two improbable five-timers at Perth Racecourse, firstly on the 18th August 2018 and then again on 27th September 2018 making it Johnson’s most successful track this season with a total of 16 wins.

In October, Johnson secured a further three incredible hat-tricks on the bounce at Exeter, Fontwell and Ludlow.

The 41-year-old enjoyed another successful partnership with trainer, Phillip Hobbs, securing 52 wins together, and earned over £2million in prize money this year.