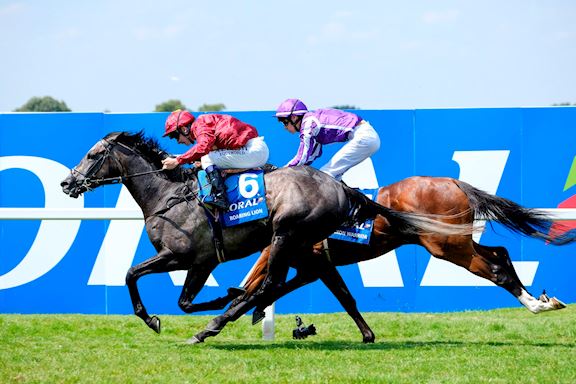 Coral Eclipse: A race that lets stars shine brighter than ever

Prior to 1886, many a horserace bared the title of an important human figure within the sport. However, the Eclipse Stakes, which will be run for the 122nd time in 2019, was one of the first in Britain and Ireland to be named after one of racings true equine greats.

Horseracing was different in Eclipse’s, the equine stars day, with racing generally over distances now more suited to the jumps: between two and four miles. The race, now the Coral-Eclipse, has advanced and is being contested over a mile-and-a-quarter of Sandown’s turf and is the first middle distance Grade One in Britain that opens its doors for the Classic generation to mix it with the older boys and girls.

A place in history remains reserved for the first ever winner of the contest, Charles Jousiffe’s Bendigo. Despite 13 decades passing from his success, he is still the only six-year-old to emerge victorious, ensuring he is still the oldest horse to have won the race. Indeed, those fresh from competing in the Classics in the same or previous season begun dominating the Eclipse until 1969, when the five-year-old Wolver Hollow interrupted the trend and passed the post first.

Wolver Hollow was a first winner for the legendary Sir Henry Cecil and a fifth for Lester Piggott. He is, perhaps unsurprisingly, the winningest jockey in the race’s history with seven victories, the first coming at the tender age of 15 when riding Mystery to win in 1951.

For all his immense worth, Cecil’s claim to three victories in this race is far surpassed by two similarly decorated individuals. Alec Taylor Jr, who achieved a clean sweep of triumphs in the five Classics, won the race on six occasions, including three on the bounce between 1919-21. Then, we look at Sir Michael Stoute, who continues to break records to this day, earning his sixth win in the race with Ulysses in 2017.

Due to the race’s consistency in terms of track over the years, the Eclipse has become a fascinating contest in which to compare the times of its winners. It is fitting for such a race that the incomparable Sea The Stars holds the record for being fastest on the clock (2:03.4) during his golden year, 2009. Although the career of Brigadier Gerard is hardly the worst for being technically the slowest victory of all time (not every running was officially timed).

2019’s winner will be seeking to emulate last year’s hero Roaring Lion, who went on to be crowned European Horse of the Year. However, John Gosden’s grey is already in exalted company within the Eclipse’s parade of champions.