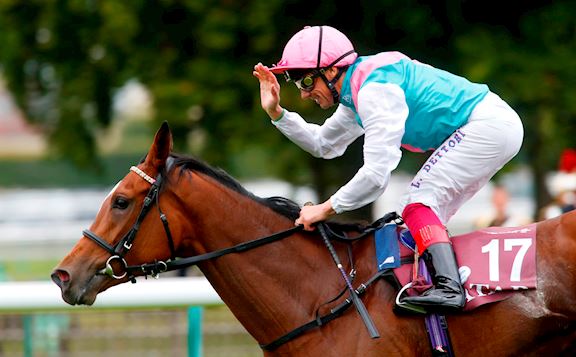 It is rare for a horse race to be outshone by one of its competitors, especially a contest that boasts the history and magnitude of the Coral-Eclipse.

However, given Saturday’s Group One highlight promises the return of wonder mare Enable, there’s only one name who will make the headlines.

It is rare for champions within British racing to continue running into their fifth year, but Enable’s talent, temperament and immense popularity have ensured that she has remained in training. A dual Prix de L’Arc de Triomphe heroine, her record in this field is incomparable, with just one defeat in 11 starts and a 100% strike rate in the Group Ones she has contested.

As if that were not enough, she became the first Arc winner to go on to win at the Breeders Cup in the same season. The only potential chinks in her armour may be that her only ever loss came over the Eclipse trip of a mile-and-a-quarter and she has raced exclusively over two furlongs further since that defeat. Furthermore, this is her first run in eight months and though she was victorious after a long lay-off last season, she will face sterner opposition at Sandown this weekend.

Looking to capitalise on any weaknesses will be fellow female Magical. Only Sea Of Class managed to get closer to Enable than Magical’s ¾ of a length when the pair met in America last Autumn. Aidan O’Brien’s filly has gone from strength to strength since, winning the Group One Tattersall’s Gold Cup in May before chasing home Crystal Ocean in the Prince of Wales’ Stakes at Royal Ascot. She underwhelmed slightly as favourite that day, but she is running over what may be her optimum trip and, on better ground, a repeat of her duel with Enable could well be on the cards.

Magical found herself vanquished at Ascot by a masterclass of both riding by Frankie Dettori, who will, as ever, partner Enable, and training by Sir Michael Stoute, the most successful trainer in the Eclipse’s history. He runs two to try and take the crown all for himself (he is currently level on six wins with Alec Taylor Jr.). Regal Reality has improved steadily to take high rank in graded contests and improved significantly when upped in trip in Sandown’s Brigadier Gerard Stakes last time. Meanwhile, Mustashry claimed his first Group One at the age of six in May’s Lockinge Stakes over a mile and chances his arm over his furthest journey to date.

The Classic generation have won three of the last four runnings of this race, but are only represented by Hughie Morrison’s Telecaster here. He won a strong renewal of York’s Dante before disappointing in the Derby, but a return to form will give him excellent each-way prospects with his three-year-old weight allowance. The field is completed by the tough and consistent Hunting Horn and recent Longchamp victors Zabeel Prince, who scored at Group One level, and Danceteria, an up-and-comer for David Menuisier.