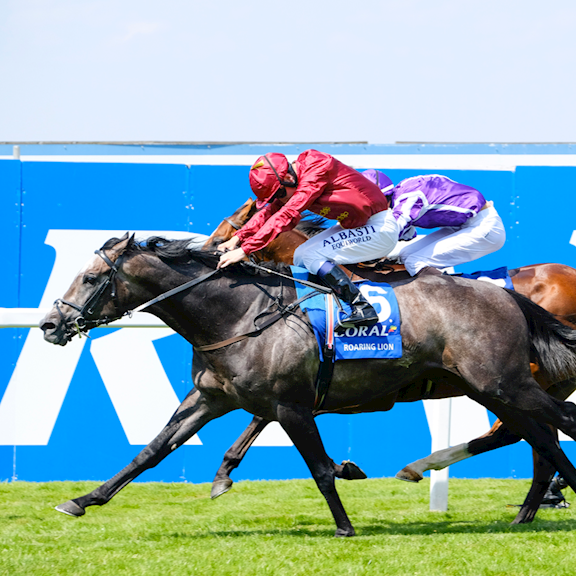 Menuisier ready to take on Enable with Danceteria

David Menuisier believes his fast improving four-year-old Danceteria is no forlorn hope up against a host of Group 1 winners - including dual Arc heroine Enable - in Saturday’s £750,000 G1 Coral-Eclipse (3.35pm) at Sandown Park.

The 10 furlong highlight is part of the QIPCO British Champions Series and the centrepiece of Sandown Park’s two-day Coral Summer Festival, which gets underway with Ladies’ Day on Friday, July 5, and offers the first opportunity of the season for the Classic generation to take on older horses at G1 level.

The Pulborough based Menuisier - formerly assistant to Criquette Head-Maarek in Chantilly - sent out Thundering Blue to finish third, at 50-1, in last season’s Juddmonte International (G1) at York and believes Danceteria could prove even better than his stablemate.

“They are very similar, but this one is much easier to ride,” Menuisier said.

“He is a fantastic horse - excellent temperament. Thundering Blue has always been a bit quirky. This one is really straightforward. He can lay up pretty much at any pace during the race and the faster they go the more he has a turn of foot to finish off the race.”

Danceteria won four handicaps on the bounce last season and kicked off 2019 with a win in the Listed Prix Jacques Laffitte, before a third place finish in the Group 3 Matchbook Brigadier Gerard Stakes at Sandown Park in May. He since followed up with a win in the Group 3 La Coupe at Longchamp on June 10 - a career best effort - and has come out of the race in good form.

“I think he has improved again for the French race,” added Menuisier.

“The preparation has been very smooth since. I’m hopeful of a good run. We always go in a race to win, obviously, but I’m not going to say we’ll beat Enable and we’ll beat this one and that one. The horse is well, the conditions should be fine, so we’ll just try and see what happens.

“If he runs the same sort of race as he did in France - and has improved a few pounds for it - he should run a really good race. I don’t want anyone to lose their sleep over it, because he will be an outsider. I just want him to run a sound race and take it from there.”