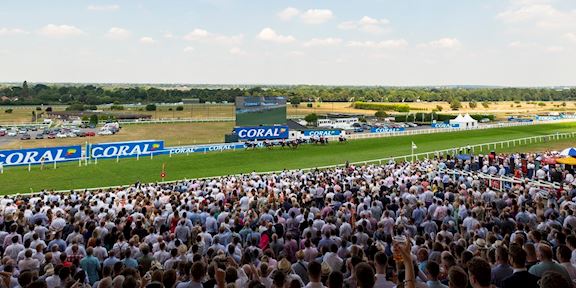 Hughie Morrison says Telecaster is “bursting with energy” and is hopeful this year’s Al Basti Equiworld Dubai Dante Stakes winner will show his true colours in the Coral-Eclipse at Sandown Park on Saturday.

The son of New Approach satisfied his trainer in a spin under Oisin Murphy yesterday morning (Tuesday) and is on course to take on Enable and company in the £750,000 mile-and-a-quarter showpiece.

Unraced as a two-year-old, Telecaster was sent off at just 5/1 for the Investec Derby last month after his previous impressive triumph at York, but he trailed home last after racing prominently in the early stages.

It was a deflating experience for Morrison and connections of the colt, who had supplemented him to run for £85,000, but on the plus side the trainer reports that his horse has shown no ill effects for the experience.

Morrison said: “We were very happy with him yesterday (Tuesday) so unless there’s a late wobble we will be there on Saturday. Epsom probably came too soon for him and the course was probably not to his liking. Hopefully we are not going back too soon. He is bursting with energy at home, so we thought we’d better run him. 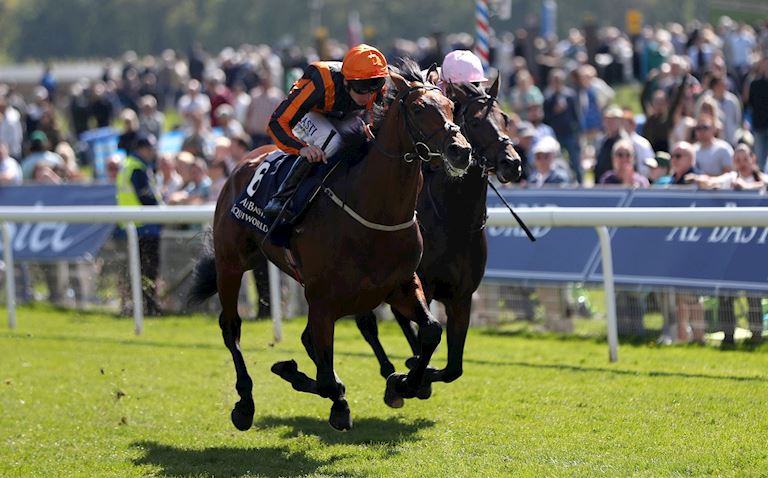 “He’s a horse who has got a lot of ability and we look forward to a good run – I just hope he turns up. He didn’t at Epsom and there was no reason to think that he wouldn’t, other than he had not had enough time to recover from a hard race 16 days before [in the Dante], as well as the fact that he was an immature horse who’d had three races in the spring. We had that doubt in our mind.

“Will we get the horse which ran in the Dante on Saturday, or the one who ran in the Derby? He doesn’t give you any outward signs of the contrary. It’s pretty unnerving and it would be easy to bottle it, but he looks well, is working well and opportunities like this do not come along very often, so off you go.”

The past two Al Basti Equiworld Dubai Dante Stakes winners to have run in the Eclipse – Golden Horn (2015) and Roaring Lion (2018) have won - and Telecaster’s York form has a glow.

Too Darn Hot, the runner-up, has since gone close in two more Group 1 races, while Japan, who finished fourth, went on to finish third in the Investec Derby before trouncing the opposition in the King Edward VII Stakes at Royal Ascot. Turgenev and Nayef Road, who finished fifth and sixth on the Knavesmire, also ran excellent races in close defeats at the Royal Meeting.

“Japan franked the form and I’d argue Too Darn Hot ran his best race [of the season] in the Dante,” Morrison said. “The form is good, the horse is good, but he’s young and immature.

“Mentally, he’s always been strong-willed and he keeps himself fit, I think we knew that after winning his maiden [at Windsor]. He never really did any serious work before the Derby, or after it. He obviously learnt a lot at Windsor, otherwise he would not have won the Dante the way he did.”

Everybody involved with Telecaster attracted a lot of attention before the Investec Derby. Asked if he preferred coming in more under the radar this time, Morrison said: “I think we probably do. We’ve not been bothered much in the past three weeks and probably won’t be over the next few days either.”

With regard to Telecaster being available at 14-1 in the ante-post betting, when he had previously been vying for Derby favouritism, he added: “People burn their fingers and don’t go back in a hurry. He was the form horse going into Epsom and had the right profile but it wasn’t to be. The positive is that he showed no stress levels afterwards.”

Outstanding mare Enable, who will be seeking her eighth Group One, heads the betting. She has to concede the two-year younger Telecaster 7lb and will be having her first run since landing the Breeders’ Cup Turf at Churchill Downs in November.

“The weight-for-age concession is helpful, although we are a relatively immature three-year-old,” Morrison said. “I’m a huge admirer of Enable. She’s a fantastic mare and is fantastic for the sport. It’s great to be even considered for a race that she competes in.”

QIPCO British Champions Series showcases 35 of the UK’s finest Flat races, including six of the world’s top 12. The Series features at all of the UK’s most iconic Flat festivals, from the Derby and St Leger, to Glorious Goodwood and Royal Ascot, presenting unparalleled, quality racing across 10 of the country’s finest racecourses.

Five top-class races mark the climax of the Series on the Ultimate Raceday, QIPCO British Champions Day at Ascot on Saturday 19th October, where the world’s best compete at the nation’s richest raceday.