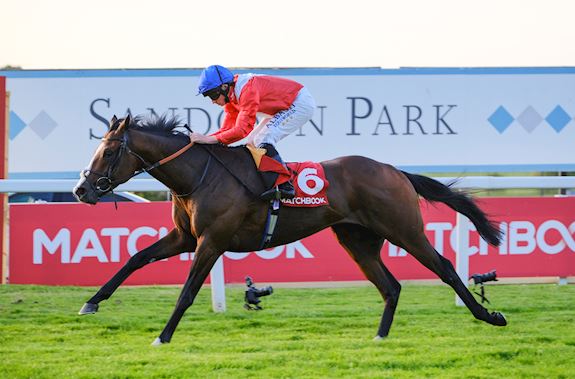 Sir Michael Stoute will be doubly represented in the £750,000 G1 Coral Eclipse (3.35pm) at Sandown Park on Saturday, as he bids for a record seventh win in the race.

The 10 furlong highlight is part of the QIPCO British Champions Series and the centrepiece of Sandown Park’s two-day Coral Summer Festival, which gets underway with Ladies’ Day on Friday, July 5, and offers the first opportunity of the season for the Classic generation to take on older horses at G1 level.

Regal Reality, winner of the G3 Matchbook Brigadier Gerard Stakes, over course and distance, on his last start will be taking his chance at the highest level for the first time.

Stoute said: "I think he’s just got to take the next step now. I’ve been happy with his homework. Physically he is going the right way. He’s got a bit to find off his rating, but I like the way he is progressing.”

The four-year-old was difficult to load on his last start at Sandown, but Stoute is not expecting a repeat of those antics, with Kerrin McEvoy booked to ride the colt for the first time:

“He just can be a little erratic en route to the gate, but I think we have got on top of him. He is just being a bit cheeky. Also taking his chance is G1 Al Shaqab Lockinge Stakes winner Mustashry, last seen when finishing seventh in the G1 Queen Anne Stakes at Royal Ascot.

“He came out [of Royal Ascot] very well. He disappointed me slightly. He wasn’t at his very best, didn’t seem to really fire but his weight loss was at a minimal. We’ve been happy with him.

“He is very consistent in his homework - he’s a competitor, he loves doing what he does. From Stoute’s six previous wins in the Coral-Eclipse, he nominated Pilsudski (1997) and Ulysses (2017) as two that stood out:

“Pilsudski’s race was particularly exciting because Bosra Sham was the hot favourite. Kieren Fallon [on Bosra Sham] was a little unlucky on the bend, but I think that Pilsudski still would have won. He was a very good horse.

“Ulysses - I wasn’t sure if we had won or not. It took about five minutes to determine the photo. It’s a very important race, at a track that I really like, and I am looking forward to it.”