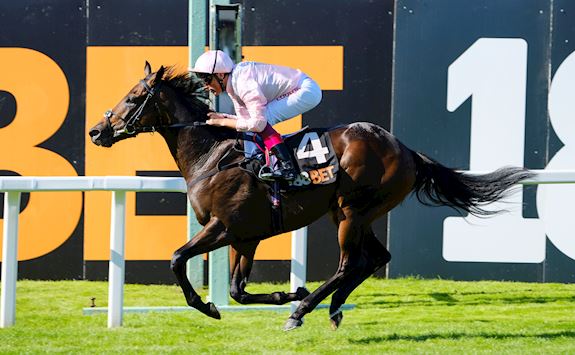 Solario Stakes: A Platform for Pretenders

The 2019 flat season has flown by and Enable’s consistent heroics have produced some of the greatest races Britain has ever hosted, while sprinters Blue Point and Battaash and star stayer Stradivarius have ensured that there have been contests to savour almost every weekend.

Sandown has seen the returns of our aforementioned heroine, as well as her closest pursuer, and the formerly highest rated in the world Crystal Ocean. Dee Ex Bee, Stradivarius’s new nemesis, has also conquered at Group level at the track before taking aim at the top prizes on offer.

It has only been within the last month that potential protagonists of the future have begun to emerge. We have seen some outstanding performances from a couple of two-year-olds in Pinatubo and Mum’s Tipple, though with two months of the season remaining and the most prestigious juvenile prizes still to be awarded, there is plenty of time for more names to be discovered.

The Solario Stakes, a Group Three run over seven furlongs, has been a happy hunting ground for future champions in recent renewals. Three-time Group One winner, and spectacular juvenile, Too Darn Hot romped home twelve months ago while a year previously, it was 2018 Derby winner Masar who succeeded, defeating Irish Guineas winner Romanised (it is worth an aside that Kingman was victorious in this within the last decade too.)

This year’s clash features a splendid blend of talking horses, possible up-and-comers and proven performers that make for a competitive card.

In the first category lies Visinari. Mark Johnston’s charge made such a striking impression on stride length and sectional gurus on debut that he became the proverbial second coming before setting out into pattern company. It hasn’t quite happened for him since and he was well beaten at Goodwood last time. However, Sandown’s more generous cambers could see him utilise his ground-devouring stride to a more effective extent and he should not be written off yet.

Three powerful operations lay claim to the three unexposed types appearing in the line-up. Al Suhail is trained by Charlie Appleby for Godolphin and could hardly have won more impressively at Yarmouth on his second start having gone down by just a neck on debut. He has overcome signals of inexperience on both racecourse appearances so there may be much more to come.

Kameko has the benefit of a win over course and distance on his only start so far. Running for Qatar Racing, that experience will stand him in good stead while Eshaasy, owned by Sheikh Hamdan al Maktoum, improved significantly to win last time out over this trip and is trained by man-of-the-moment John Gosden.

Positive, in spite of having run just twice, is arguably the most established performer. He was a clear second to Pinatubo at Goodwood, routing the field but for the Godolphin runner and sets the standard here with the opposition less decorated to date.

The two outsiders, Hector Loza and Full Verse should not be entirely forgotten. The first named makes his first start on turf on Saturday, but has stepped up his form for the trip while the latter’s powerful connections and excellent pedigree mean improvement is still highly likely.