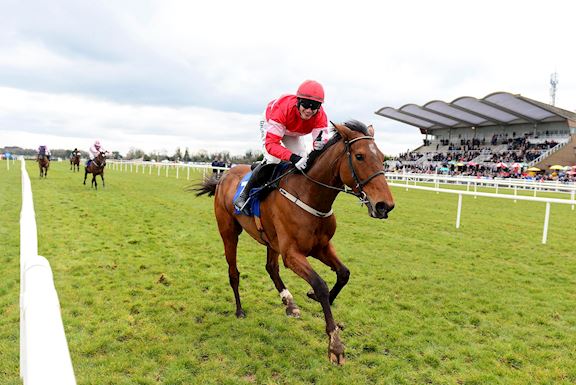 What to expect from the Betway Scilly Isles Novices' Chase

Sandown Park was honoured last year to play host to a race for the ages, as two of this season’s superstars, Defi Du Seuil and Lostintranslation, fought out the finish of the Scilly Isles Novices' Chase.

However, this year boast the current running to follow in that pair’s prestigious footsteps, with big names from Britain and Ireland represented throughout the field.

The Scilly Isles Novices' Chase used to be the domain of seven-year-olds. Indeed, five of that age group won it in succession between 2008 and 2012, but though younger legs have prevailed on all but one occasion since, there is no doubting the likely popularity of the Willie Mullins-trained Laurina in the market.

Her only appearance to date at Sandown Park saw her win a match race in a resounding 48-length canter on Tolworth Hurdle day last year. Altogether, her record for Mullins reads seven wins from nine starts, most of them in similarly disdainful fashion. Having also handled such mares as Quevega, Annie Power and Benie Des Dieux in the last decade, Laurina’s connections will have their sights set on further top prizes should she succeed here.

Her opposition will cling to the fact that Laurina has failed on her two Grade One assignments to date. They are headed by Nigel and Sam Twiston-Davies, who team up with Good Boy Bobby. Although he has only won one of his first three chase starts, his two defeats have been narrow ones against top-class opponents, most recently when he was conceding 5lb to Nicky Henderson’s Mister Fisher. Sam will be searching for his first win in the race, while dad Nigel will hope his charge can emulate Young Hustler (1993), Jack Doyle (1998) and Bristol De Mai (2016), his three previous winners.

Good Boy Bobby’s other defeat was to Brewin’upastorm, trained by Olly Murphy. His runner in the Betway Scilly Isles Novices' Chase field is Itchy Feet. A talented novice hurdler last season, he won on his fencing bow by 26 lengths and will be a horse to follow in this discipline regardless of his result here.

Meanwhile, though Midnight Shadow took four attempts to get off the mark over fences, his victory came in Grade Two company at Cheltenham. He has been improving over this two-and-a-half-mile trip and, like the aforementioned duo, is having his first run at Sandown.

It wouldn’t be a Grade One at Sandown without some representation from trainers Paul Nicholls or Nicky Henderson, two of the most successful in this contest. The former runs Grand Sancy, runner-up in last year’s Tolworth Hurdle and third in the Henry VIII Novices Chase in December, while Champagne Platinum is Henderson’s representative and is the mount of Barry Geraghty, carrying the famous colours of J.P. McManus.

The line-up concludes with Vision Des Flos, who has renewed his career over fences with a win at Chepstow and is to be ridden by the hugely talented Jonjo O’Neill Jr, a jockey in fine form so far in 2020.