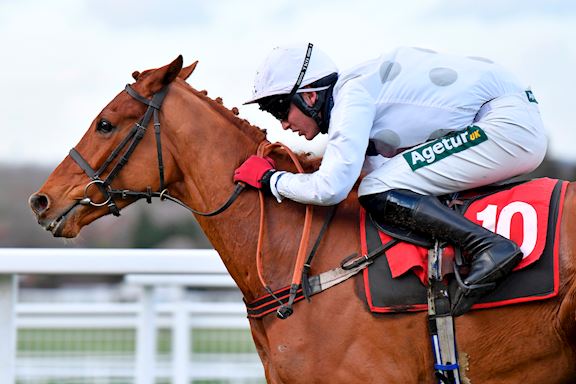 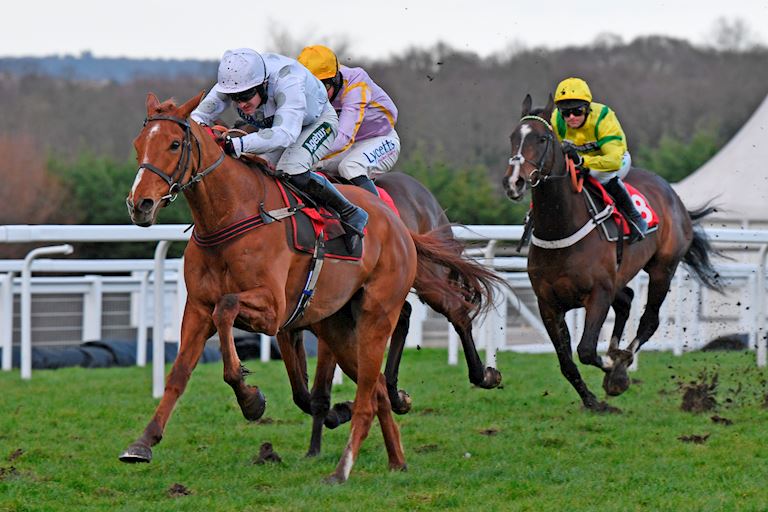 Red Rookie (5/2) got the ball rolling for the pair when taking a big step forward to open his account for the season in Telegraph Hill “National Hunt” Novices’ Hurdle.

Having claimed a brace of bumper wins on heavy ground last season the six-year-old made light work of testing conditions to better his debut fifth over hurdles at Lingfield when prevailing by a length and three quarters in the two-mile contest.

She said: “We love this horse and we loved him from winning two bumpers. I took the rugs off him at Lingfield and he looked fat. I was so mortified, as I hate seeing horses get beaten because I’ve messed it up by not having them straight enough.

“He came there at two out that day and then he slightly ballooned it and it was game over. He was really poorly afterwards. We just took a long time to get him back. I’d say he is a fair horse.

“I’ve got no fancy targets for him this time around. He is a next season horse jumping fences. It’s about getting a bit more experience and seeing where we go and then next season will be the real start of things for him. 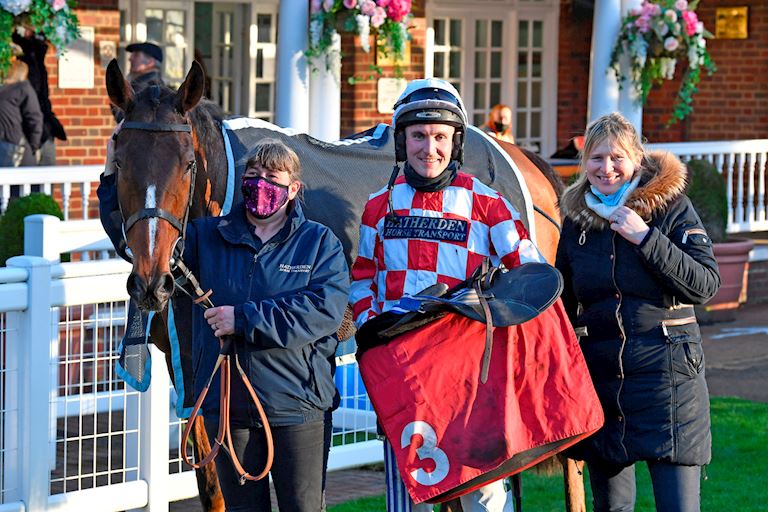 ”Targets like the Welsh Grand National at Chepstow will come into consideration for Eclair Surf (5/2 Fav) next season, who completed Lavelle and Bellamy’s double with a game three-length success on his first start over three miles under rules in the Littleworth Handicap Chase.

Lavelle said: “He is still just learning but it was lovely to see him finish the race out over three miles. He is big and raw and still a bit novice with his fences but he was very good at some of them. He (Tom Bellamy) gave him some ride. “He put his head down really well as he had struggled to finish his races last season. That (Welsh National) is the sort of races we will be looking at. Today was about seeing whether he could stay and he has certainly done that. We have just a bit of work to do with his jumping.

“I have to thank the husband (Barry Fenton) as he rides them both out every day. They are like his boys and he loves them both.”