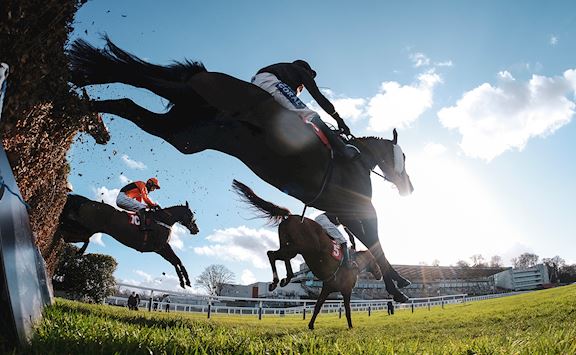 Page Fuller enjoyed a day to remember after celebrating the first Grade Two success of her career aboard Anythingforlove in the Jane Seymour Mares’ Novices’ Hurdle at Sandown Park. 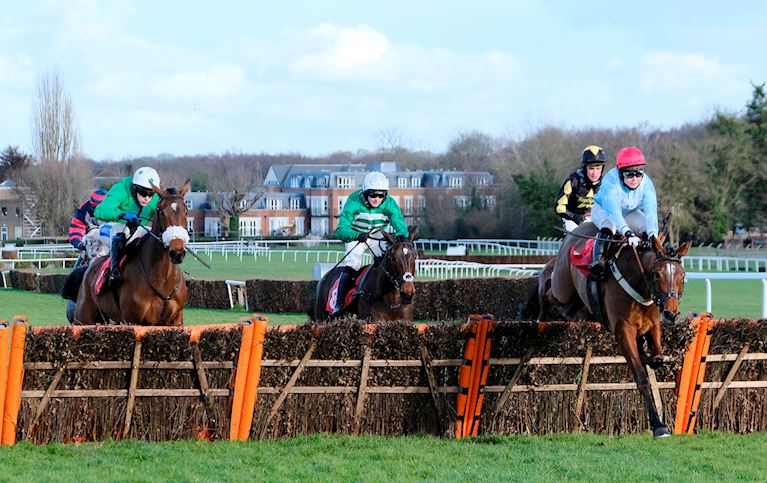 The 25-year-old, who rode out her claim after partnering her 75th winner in October, took centre stage aboard the Jamie Snowden-trained six-year-old, who appeared to appreciate the step up to two and a half miles in the feature event.

Faced with a host of challengers approaching the last, the 18-1 shot, who is a half-sister to 2017 Cheltenham Gold Cup winner Sizing John, demonstrated that stamina is her forte when sticking to the task well before scoring by two and three-quarter lengths.

Fuller said: “It meant a lot. It was my first winner at this level. She is a lovely mare and for a syndicate like Foxtrot Racing to have a horse like her. She is a half-sister to Sizing John so we knew she would stay all day and we knew she had every chance.

“I’d hit the front coming into two out and I knew I’d hit the front a bit sooner than I had liked but at the same time in all her races she has won she has looked like she will get swallowed up, two, three furlongs from home but then just kept motoring, and she heard the other horses coming and just kept picking up all the way to the line.”

Anythingforlove holds entries in the Grade One Close Brothers Mares’ Hurdle and Grade Two Dawn Run Mares’ Novices’ Hurdle at The Festival™, however, winning trainer Snowden was content to enjoy her latest success as opposed to assessing future plans.

He said: “We came here to nick a bit of third and it is always nice to come away with the win.

“She is hardy, gutsy, but she is not very quick but she has got a huge amount of stamina.

“She certainly won’t be in the two-mile novice (at the Cheltenham Festival) but Cheltenham is a completely different kettle of fish. This was always the plan and we will enjoy it and see where we go from there.” 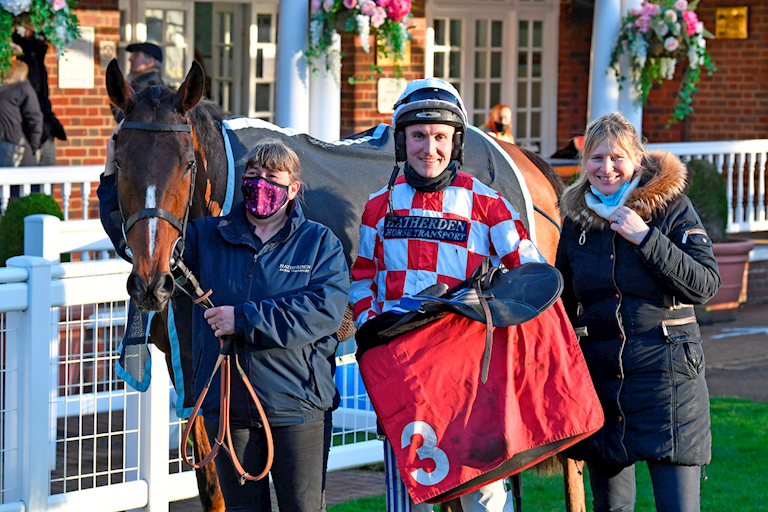 Emma Lavelle and Tom Bellamy proved the combination to follow after teaming up to secure a double- completed by the three-length success of Eclair Surf (5-2 favourite) in the Littleworth Handicap Chase.

She said: “He is still just learning but it was lovely to see him finish the race out over three miles. He put his head down really well as he had struggled to finish his races last season. The Welsh National is the sort of race we will be looking at next season.” 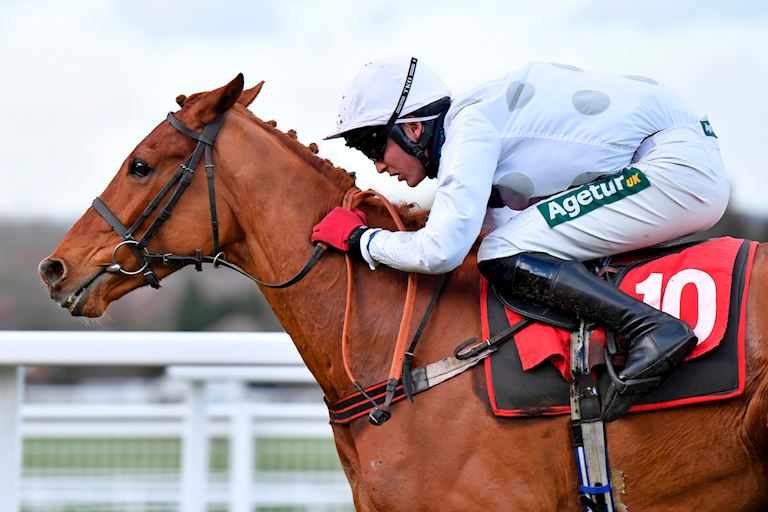 Red Rookie kick-started both Lavelle’s and Bellamy’s earlier on the card when grounding out a victory on his return to two miles in the Telegraph Hill “National Hunt” Novices’ Hurdle, which the 5-2 shot landed by a length and three quarters.

Lavelle added: “I took the rugs off him at Lingfield and he looked fat. I was so mortified, as I hate seeing horses get beaten because I’ve messed it up by not having them straight enough.

“He came there at two out that day and then he slightly ballooned it and it was game over. He was really poorly afterwards. We just took a long time to get him back.

“I’ve got no fancy targets for him this time around. He is a next season horse jumping fences.” 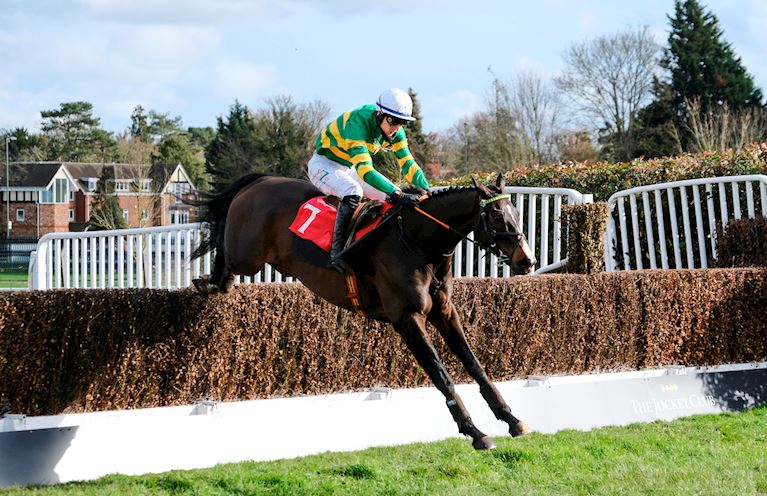 Nick Gifford described the options going forward for Belargus as ‘limitless’ after making his eighth start over fences a triumphant one by nine lengths in the Elmbridge Handicap Chase.

The Findon handler said following the two-mile contest: “He will have entries at Cheltenham and if he didn’t get in there is also the Silver Bowl at Kempton (the consolation race for horses which fail to get a run in a handicap chase at The Festival due to being balloted out) - that’s an option. To run in the Topham, he would have to go up again but if he missed Cheltenham it’s an option and that might just be a lovely race for him. He is going to need to be high 130s to get in that.

“The race I’d love to win with him is back here on the last day of the season (the Josh Gifford Novices’ Handicap Chase). I’ve been second in it and it’s a valuable race. The options are limitless.” 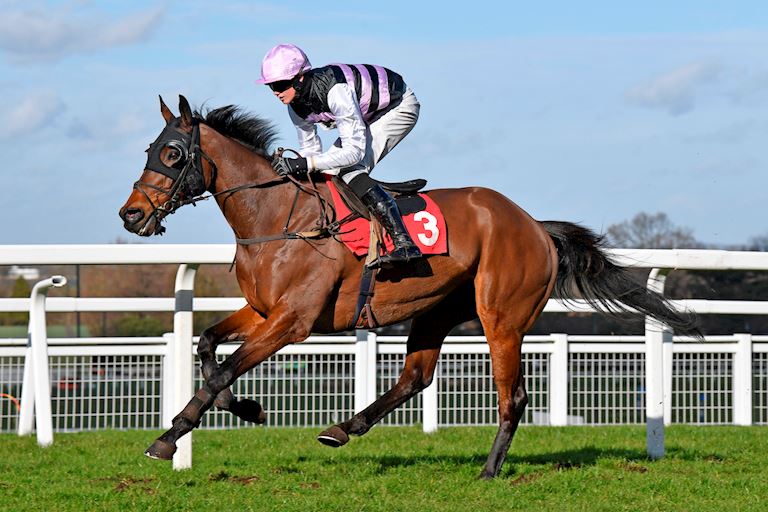 Eamon An Cnoic ended his winless run stretching back to February 2019 when giving Fergus Gillard his first victory at the track after claiming the Greenwich Conditional Jockeys’ Handicap Hurdle by 20 lengths.

Gillard said of the David Pipe-trained 100-30 shot: “It’s great to get his head in front today for all the connections as it has been a while since he has been in the winner’s enclosure.”

The Dan Skelton-trained No Getaway (11-4) made every yard of the 2m4f trip to land the Kingston Handicap Chase by nine and a half lengths, while Conkwell Legend (7-2), from the Neil Mulholland yard, tasted victory by two lengths in the 2m4f Richmond Novices’ Handicap Hurdle.