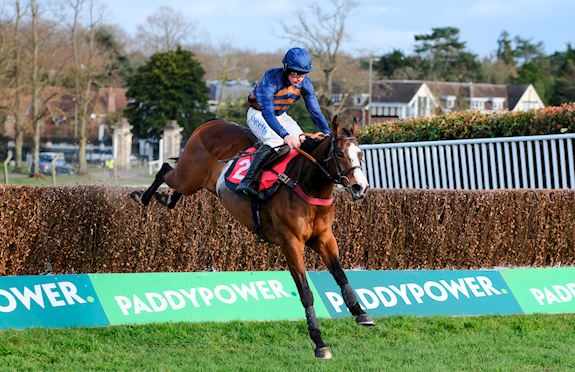 Frero Banbou may not be forming part of trainer Venetia Williams’ team at the Cheltenham Festival this season but the six-year-old looks destined for bigger and better things judging by his nine length victory in the Paddy Power Handicap Chase. 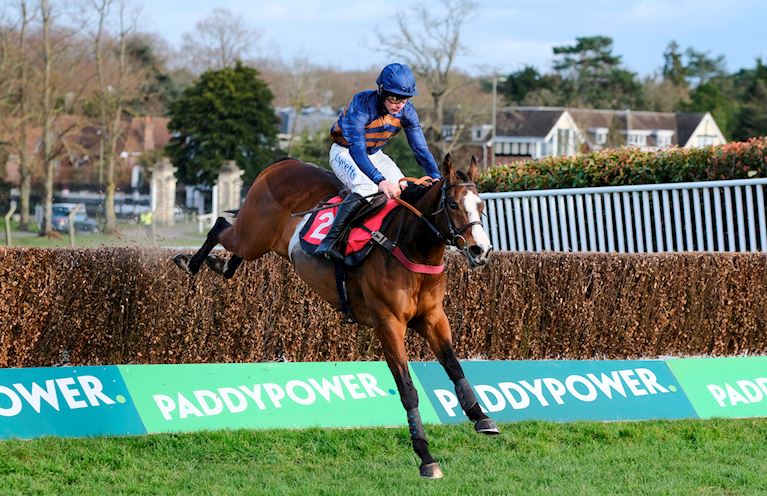 Williams said: “We are delighted with what he has done. He had a little wind op. It was a suggestion from his jockey that it would help and it clearly has. He is going to have to go in better company and the handicapper will ensure that.”

Although yet to make a decision as to whether Royale Pagaille will run in the WellChild Cheltenham Gold Cup, the Sam Vesty National Hunt Chase Challenge Cup Novices’ Chase or the Brown Advisory Novices’ Chase next week, the Aramstone handler has firmed up plans for a number of her other Festival runners.

She added: “I will probably run six or seven. Ibleo is running in the Grand Annual and that’s been decided and Cepage will I think go in the Ultima. We are going to be gung ho with Aso and throw his cards in the Gold Cup. If he runs into third or fourth we would be delighted.”

Fergus Gillard claimed “it is days like this you live for” after securing the first double of his career aboard Sexy Lot, who went one better than her previous three starts in the “From The Horse’s Mouth” Podcast Novices’ Handicap Hurdle.

Having teamed up with David Pipe to score with Gericault Roque earlier on the card the 5lb claimer and the Pond House Stables handler combined for further success together.

Speaking after the five-year-old’s six-length success in the 2m 4f finale, Gillard said: “I’m delighted as that is my first double under rules. It is days like this you live for. It is lovely to do it at a Grade One track on a day before a big meeting.

“She has run plenty of times this season and she has just outstayed them today. I wanted to get in a handy position before they got racing as I knew she would gallop on.”

Meanwhile, Bard Of Brittany scored for the second Friday in succession after following up his last time out victory at Doncaster by seven lengths in the Paddy Power “4 Sleeps To Cheltenham” Handicap Hurdle. 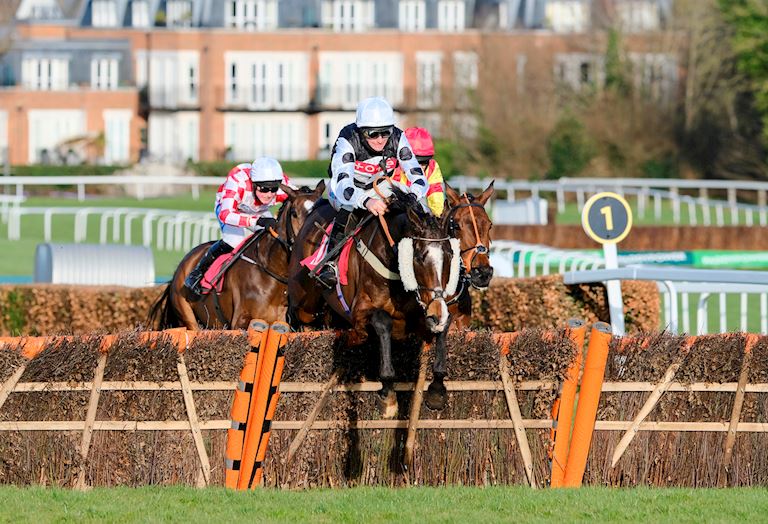 Trainer Sheena West said of the 100-30, winner: “When you are watching it you are always looking for dangers. The race was a bit stop-start and he got to the front before he ideally wanted to but he was clearly travelling and going well.

“I had to run him under a penalty as this was the only realistic race for him for another five weeks.”