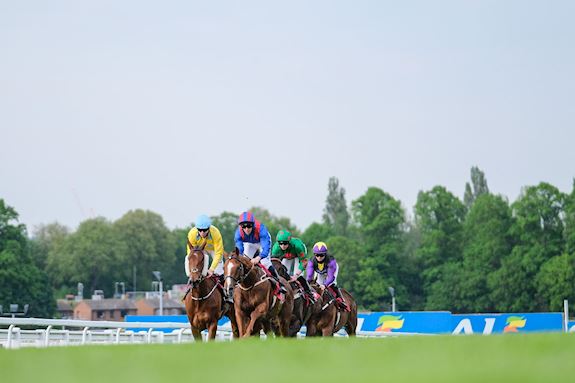 The feature Group Three Coral Brigadier Gerard Stakes was run in memory of Joe Mercer, who partnered the great Brigadier Gerard in all of his 18 starts and sadly passed away last week aged 86. Scottish raider Euchen Glen claimed this contest at 20-1, becoming its oldest ever winner at the age of eight in the process.

Cheltenham and Aintree may be over until 2022 but there is still no stopping Henry de Bromhead as he sent over Lismore to claim the Group Three Coral Henry II Stakes, while Ebro River is now heading to Royal Ascot after his success in the Listed Coral "Beaten By A Length" National Stakes.

We sent Graham Clark along to speak to the winners on the evening…. 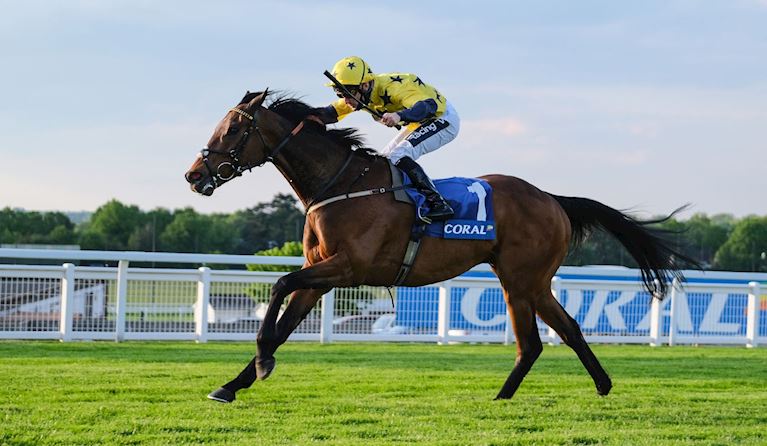 Euchen Glen created history after coming from last to first to become the oldest winner ever of the Coral Brigadier Gerard Stakes.

The eight year old showed he retains plenty of ability after leaving two below par efforts behind to land the Group Three contest, which was run in memory of Brigadier Gerard’s former jockey Joe Mercer who died last week.

Revelling in the soft conditions the Jim Goldie-trained gelding, who was conceding three pounds to his rivals, put his assured stamina to good use when sweeping past early pace setter Sangarius and the prominently ridden Extra Elusive entering the final quarter of a mile.

Not for stopping once hitting the front in the mile and a quarter prize the 20-1 chance, who missed the entire 2019 campaign with injury,  eventually crossed the line four and a quarter lengths clear of Sangarius to claim his third Group Three success.

Mulrennan said: “Coming back in trip suited him as he has just been slightly over racing and horses have been getting by him. We thought coming back in trip and ride him quietly like I did when I won on him at Haydock. Jim’s horses have just sort of turned the corner. The ground was perfect and the stiff track. There was always going to be a nice pace to aim at.

“It was the first time this year he has spat the dummy out and I had him nice and relaxed in my hands. I ended up getting there too soon as he stopped as he had nothing to race with.

“Credit to Jim Goldie as he was off with that serious injury for 18 months and he has worked wonders to get him back to this level. He wasn’t doing a great deal in front and he is a horse that gets better as the year goes on. He definitely likes to get his toe in.”

Assessing future plans Mulrennan feels that an outing in the Sky Bet Ebor at York, which he was fifth in last year, could be a suitable target.

He said: “The Melbourne Cup was a bit of a target but that has gone up in the air now. The Ebor is an obvious race as it is has good prize money and it would have to be a target.” 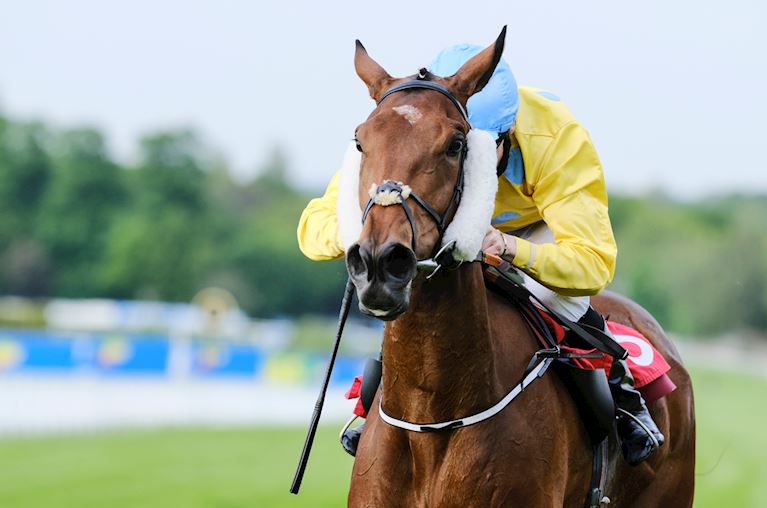 Henry de Bromhead proved once again he is the man with Midas touch in 2021 after Lismore took her career to new heights with victory in the Coral Henry II Stakes.

Having won the Unibet Champion Hurdle, Betway Queen Mother Champion Chase and WellChild Cheltenham Gold Cup at the Cheltenham Festival in March, along with the landing following month’s Randox Grand National at Aintree, the Knockeen handler added to those riches with victory in this evening’s Group Three contest over two miles.

Victory for the Zoffany filly, who scored four times last season when trained by Sir Mark Prescott, never looked in doubt once the field turned for home in the two mile contest with the 14-1 chance appearing to hold what would turn out to be a decisive advantage.

Having finished second over a mile and three quarters at Listed level at Gowran Park earlier this month, the four-year-old clearly appreciated the step back up in trip after finding plenty out in front to defeat Ranch Hand by four and a half lengths.

De Bromhead said: “She was brilliant. Jamie (Spencer) was brilliant on her. I’m delighted as Anthony (Rogers, owner) bred her. There are not many two mile races at home so we said we would come over and give it a go hoping to finish third and anything better than that would be a bonus and luckily it worked out really well.

“She is such a big lady I’d say she is improving with time in fairness to her. When you see the size of her she is probably just developing. It is amazing she could even run at three. If she was in our place at three she probably wouldn’t have but she is obviously just improving and filling out and getting stronger. If we could have got Group Three black type that would have been incredible and she got Listed the other day which she already had from Germany. To see her storm up the hill like that was incredible. I keep telling Anthony she would be a lovely mare over hurdles but he is not buying it at the moment. It was brilliant by Jamie, he committed her and she stayed so well. Jamie felt she enjoyed it whereas the others might have struggled. She is just a real stayer and she is so genuine.”

Although Lismore does not hold an entry in the Gold Cup at Royal Ascot next month, a trip to Paris-Longchamp in October could be on the agenda with de Bromhead identifying the Group One Prix du Cadran as a potential long term target.

He added: “I’m not sure (about supplementing for the Gold Cup). It would be up to the owners. We always felt she wanted further. Dreaming we were saying the Cadran at the Arc. We were thinking to come here then back off her for the autumn. That was dreaming but maybe it is not now.”

Ebro River took a step up in class in his stride to set up a trip to Royal Ascot after running out an emphatic winner of the Coral “Beaten By A Length” National Stakes at Sandown Park this evening.

Arriving on the back of a victory at Doncaster 12 days ago the Hugo Palmer-trained two year old, who is by the Newmarket handler’s 2000 Guineas winner Galileo Gold, showed a smart turn of foot when proving a class above his rivals in the five-furlong Listed contest.

Despite drifting across the track late on the 4-1 shot, once straightened up by James Doyle, stayed on smartly to defeat last time out Catterick scorer Little Earl by three and a quarter lengths and earn a 14-1 quote for the Coventry Stakes at the Royal meeting with Betfair.

Palmer, speaking away from the track, said: “I was stuck on the motorway rather than on course, but managed to pull over and see the race. I’m obviously delighted.

“He’s looked very smart from the first day he came in. He’s obviously still a bit babyish and has a few crinkles to iron out – how we do that, I’m not sure.

“I’m not sure which race at Ascot yet, he wouldn’t be able to give away four lengths in the Norfolk like he did tonight.

“He’ll be fine on any ground and it isn’t a surprise he’s so precocious – Galileo Gold would have won at two in April if he had an owner, but I still had him.

“This horse will get a mile in time, but we’ll gradually step him up as the season progresses. He’s got some growing up to do.”

He added: “He got quite warm there and Ebro River might have been the only person who didn’t want to see at crowd at Sandown tonight!” 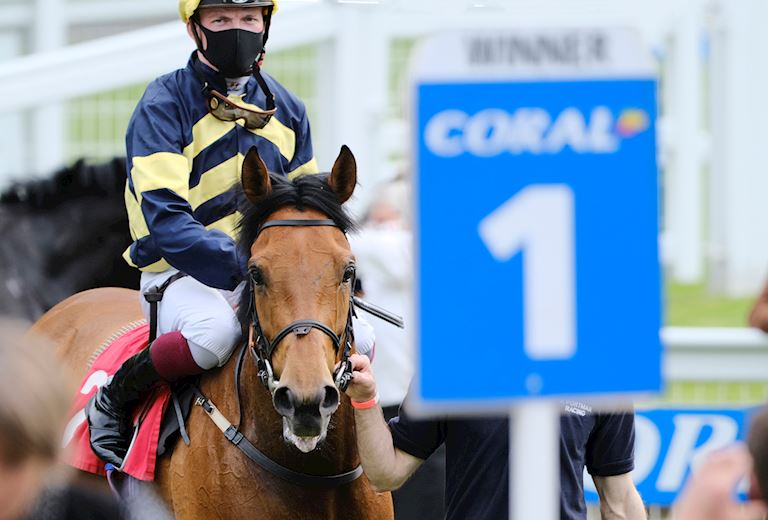 Sweet Reward (10-1) eased trainer Johnathan Portman’s fears regarding his stamina after seeing out the mile and a quarter best of them all to claim the opening Play Coral “Racing-Super-Series” For Free Handicap by a length and a quarter.

Portman said of the 10-1 chance, which was his first winner in 24 days: “His ideal trip is nine furlongs. He did stay today but I was just worried about the stiff mile and a quarter on this sticky ground. Rob (Hornby) said he definitely stayed and he had to fight off several horses.

“He likes to get his toe in and he wouldn’t want it too firm. He is a very brave horse and it has taken a couple of races to blow the cobwebs away. I would have been disappointed if he wasn’t in the first three today. We’ve not run very many but that was very welcome.” 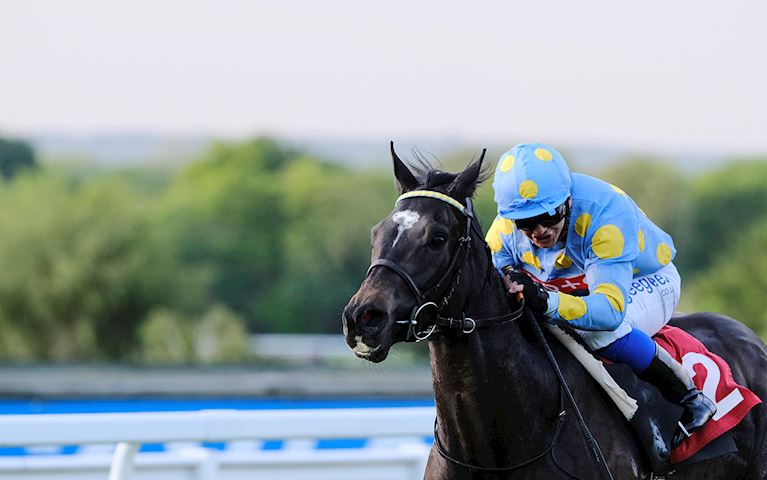 SOFTER THE BETTER FOR DASHING ROGER

Dashing Roger showed what he is capable of when granted his ground conditions after opening his account for the campaign in the Coral Whitsun Cup Handicap.

Despite being keen early on the William Stone-trained four year old managed to see out the mile trip in testing conditions after defeating the staying on Sword Beach by half a length.

Stone said of the 5-1 winner: “He just loves the ground that’s key to him. He has just got have soft ground. The softer the better. I think that’s why he has been struggling a bit as the surface has been too quick.

“I was a bit worried he was going to get caught in the last furlong but luckily the line came quick enough.”