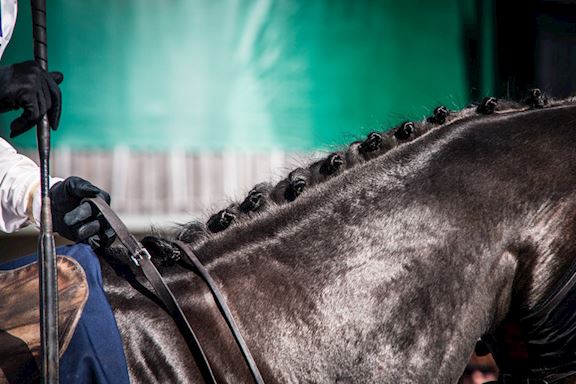 Clive Cox believes the Casumo Best Odds Guaranteed Heron Stakes at Sandown Park represents an ideal “stepping stone” for Nando Parrado to get his career back on track and shape a path for the remainder of his season.

The son of Kodiac holds entries in the Tattersalls Irish 2000 Guineas at the Curragh and the St James’s Palace Stakes at Royal Ascot and Cox has earmarked the Listed contest on May 20th as a first opportunity to step up to a mile.

Nando Parrado grabbed the headlines last year when becoming the biggest ever priced winner at Royal Ascot after springing a 150-1 surprise in the Group Two Coventry Stakes, before filling the runner’s up spot on two subsequent outings at Group One level in the Prix Morny at Deauville and Prix Jean-Luc Lagardere at Paris-Longchamp.

Having watched Nando Parrado finish fourth in last month’s Group Three Greenham Stakes at Newbury on his return, Cox feels he could now benefit from a slight drop in class on his first attempt over a new trip.

The Lambourn trainer said: “Paul McCartan (owner) is very much in tune with everything and he came up with the idea, because there are still hurdles with racing in another country due to COVID-19, and with him having lost his Group Two penalty that an outing in the Heron Stakes would be a good stepping stone back to where we want to be.

“All of us are of the opinion it wasn’t a fluke in the Coventry. It was the best form around at the time and he has backed that up with solid Group One performances in defeat in the Morny and Lagardere. It would be nice to take a step forwards with a one by his name and keep building as the season progresses.

“I was delighted with his run in the Greenham. He hit the line really well. I would like to see him win over a mile and that would really form our plans for the rest of the season, which is why we have to drop down to Listed company in the Heron.”

Meanwhile Diligent Harry could make his turf debut in the Group Two Casumo Bet10 Get10 Sandy Lane Stakes at Haydock Park on May 22nd, should conditions force Cox to swerve an outing in the Listed BetVictor Carnarvon Stakes at Newbury on Saturday.

The son of Due Diligence made it three wins from four starts this year with an impressive success in the final of the 3 Y O All-Weather Championships Conditions Stakes at Lingfield Park on Good Friday.

And Cox said: “The form of the all-weather race looks quite a bit stronger than it did before. His progress from January until then was very impressive.

“We liked him a lot last year but he did need a bit more time as he just went a bit sore in his training and it was nothing more than that. He is a wonderful horse to deal with.

“We have had a little bit of a breather since Lingfield and he has thrived for that. I’m happy that he is ready and strong to keep going. He will be up in grade again but the form of Lingfield looks supportive to our progress as well.

“The Carnarvon Stakes was a race we picked out as a logical target but all the rain might just hinder our progress as if it is too soft he won’t be going.

“The Sandy Lane then comes on to the radar. If that is the case we would be keen on running him in the Commonwealth Cup and hopefully that will be the case.

“I think we have got a very exciting future with this horse if we keep progressing in the way we can.”

Cox remains confident Supremacy, who signed off last season with victory on his Group One debut in the Middle Park Stakes at Newmarket, can bounce back from his below par return in the Group Three Pavilion Stakes at Ascot and make it to the Commonwealth Cup at the Royal meeting.

He said: “Minor things have come to light after his run at Ascot. His white cell count was different to when he went before racing. There was nothing more apparent than that.

“He did just surprise with a very tame run first time last year but he wasn’t in the spotlight that time. This year we had done enough conditioning with him and we were happy in his work without being blown away as he is such a laid-back horse at home.

“The blood figures were enough to excuse him, in my opinion. His body language since the other day suggests we are on a path where we can succeed at the highest level. He managed to scoot up the grass on Friday and was very pleasing before we had all this rain.

“The ground is a major factor as I wouldn’t want to run him on slow ground but I have complete confidence in his ability and from what we’ve seen at home I’m pretty sure he has trained on.

“With a dry surface and a bit more time I’m still hopeful he will turn up in the Commonwealth Cup.” 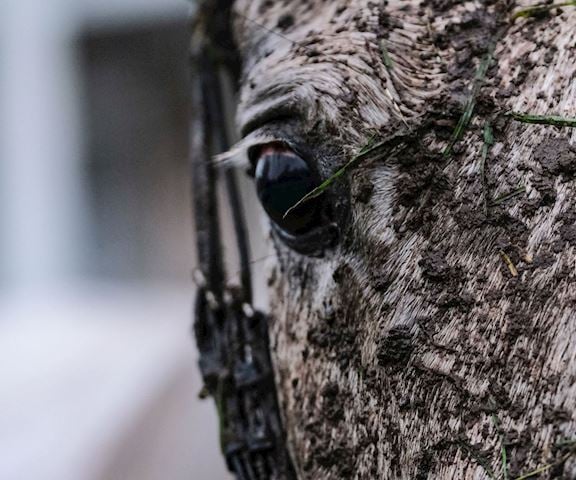