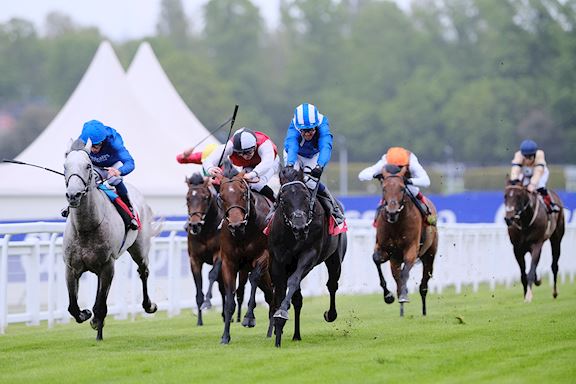 Raceday Round Up: Unbeaten Mostahdaf is so impressive as spectators return to Esher venue

Sandown Park welcomed back to spectators at its evening fixture on Thursday 20th May and the 1,200 racegoers in attendance were treated to some tremendous action across the six-race card.

The highlight of the evening was the Listed Casumo Best Odds Guaranteed Heron Stakes, which saw Shadwell’s Mostahdaf make it three wins from as many starts to set up a possible bid for Group One glory in the St James’s Palace Stakes at Royal Ascot next month.

We sent Graham Clark along to speak to the winning connections….

Mostahdaf set up a potential tilt at Group One company after maintaining his unbeaten record with a tenacious success in the Casumo Best Odds Guaranteed Heron Stakes. 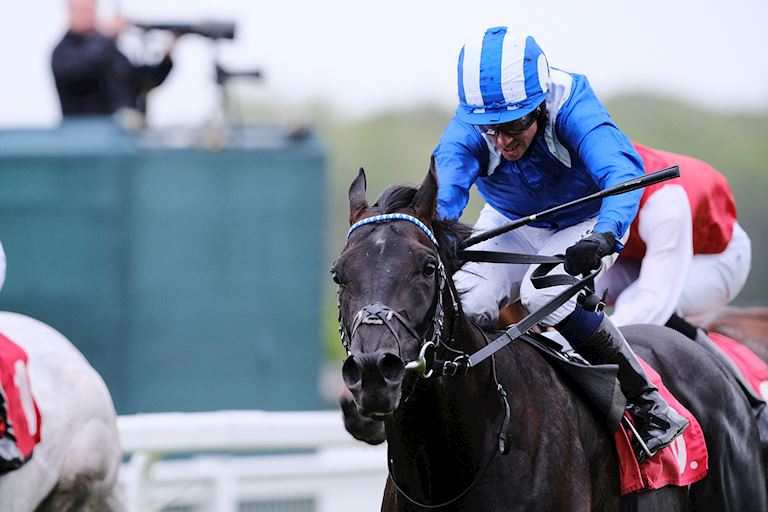 Arriving on the back of successive victories on the All-Weather at Newcastle and Kempton Park, the John and Thady Gosden-trained Frankel colt extended his winning sequence to three when making his turf debut a triumphant one in the feature Listed prize.

Anchored at the rear of the field early on by Jim Crowley in the mile prize the 9-2 chance, who is a half- brother to dual Group One winner Nazeef, raced widest off them all entering the home straight before mounting what was to be a winning challenge approaching the two-furlong pole.

Showing a willing attitude during the closing stages the Shadwell homebred, who holds Group One entries in the St James’s Palace Stakes at Royal Ascot and the Coral-Eclipse back at Sandown Park, picked up well on the climb to the line to defeat 11-8 favourite and last time out Listed Feilden Stakes winner, Highland Avenue, by half a length.

John Gosden said: “I don’t think the ground was to his liking as it was testing out there. He has shown a lot of courage as he has come from last and got in a battle.

“He will have learnt a lot from that as it is the first time he has ever raced on turf. We will see how is in the next couple of weeks and go from there. I think it was a gutsy performance from a horse so inexperienced. As Jim (Crowley) said he had nothing to race without there and he was slightly looking around.

“The St James’s Palace Stakes is not necessarily punching too high as he has got a lot of class. It is nobody’s fault but he would just like to run on something called good ground.”

Two year old filly Beautiful Sunshine booked her ticket to Royal Ascot in impressive fashion after running out a decisive winner of the Casumo Bet 10 Get 10 Fillies’ Novice Stakes.

Despite being burdened with a seven pound penalty for her last time out success at Windsor, the daughter of Ardad proved a cut above her four rivals when following up in the five furlong dash to form the opening leg of a quick-fire  double for jockey Rossa Ryan.

Racing front rank from throughout, the 4-7 favourite quickly put the race to bed in a matter of strides before crossing the line four lengths clear of debutant Shakenotstirred.

Trainer George Boughey, trainer, speaking away from the track, said: “She is a lovely filly that is improving with each run. It is hard to win that impressively under a penalty so it was a good effort really.

“She is quite a lazy filly at home and she was not fully tuned up first time out at Newmarket. She has really come into her own with more racing.

“We could have gone straight to Ascot with her but by doing this we have got to know more about her. At the moment I don’t think she needs that soft ground she just handles it.

“She looks like she is getting faster and I would say at the moment she will probably go for the Queen Mary but we will see how she trains into it.”

Zinc White made light work of testing conditions when providing Rossa Ryan with the second leg of his brace in the Casumo Horse Racing & Sports Betting Handicap.

After making a winning return on his first start since being gelded at Wetherby last time out the Ralph Beckett-trained son of Vadamos had little trouble in following up in the mile and six furlongs contest, which the 11-10 favourite claimed by seven and a half lengths.

Beckett said: “I wasn’t expecting him to do that. He has been a very backward late developing horse, which is not surprising with that pedigree.

“As you know Mark Johnston trains his half-brother The Trader and they always say what an honest straightforward character he is and the same is the case with this horse.

“He comes out and every day is the best day in his life. He loves it all. I was really pleased with him today. He looked like he was learning on the job.

“He is still learning but it is great when a plan comes together like that. I think the ground really helps him, I think that’s a big factor for him. He is a long way from the finished article. He will develop through the year. If it gets quick we will mind him and bring him back for the autumn.”

Front running tactics proved to be winning ones for the second race in succession for 6-4 favourite Siskany who turned the Download The Casumo App Today Handicap into something of a procession. 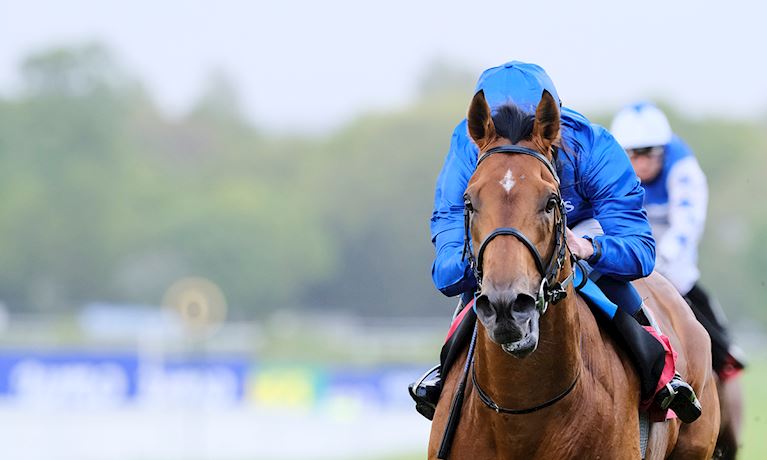 Having made all last time out at Windsor on qood to firm ground, the Charlie Appleby-trained son of Dubawi dominated from the front once again to claim victory by three and a quarter lengths in the mile and a quarter contest.

Alex Merriam, assistant trainer, said: “He was impressive. He handled the ground where as looking at it the others might not have done but he has done that well. It was hard to know if he would handle the ground and it was a bit of a guess but I think Charlie felt he had to come here.

“He is a nice horse that is going the right way. He has got a good attitude which you saw in the race as he travelled away nicely in front. I don’t think he has to make it but as no one else wanted to make it William just took control of it. In terms of trip I’d say we are happy enough with that at the moment.”

ENSURED GETS IT TOGETHER

Ensured built on glimpses of promise from his first two starts at Newcastle and Redcar when making it third time lucky with an emphatic 11-length success in the mile and a quarter Casumo Proud To Support British Racing EBF Novice Stakes.

Silvestre de Sousa, the winning jockey, said of the James Fanshawe-trained 16-1 winner: “He has done that well but is still developing as he is a big baby. I’d like to see him on ground not so deep as I think he could be better.

“He was very laid back at Redcar. He fell out the gates and passed a few late on when the penny dropped but the race was over by that stage. Today he was much more streetwise.”