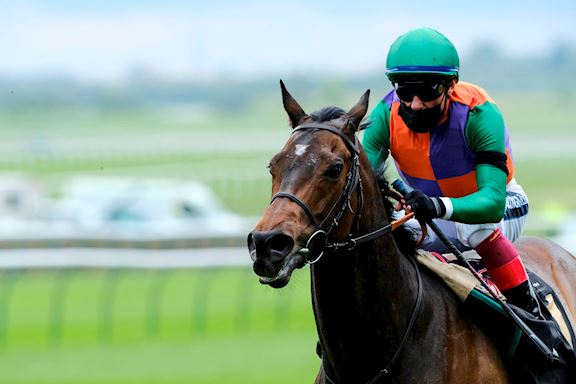 Arecibo looking to go one better in Coral Charge on Saturday

Robert Cowell believes Arecibo can make the most of a drop in class and secure the first Group Three success of his career if producing his ‘A’ game in the Coral Charge at Sandown Park tomorrow (Saturday 3rd July), Coral-Eclipse Day at the Coral Summer Festival.

Having run a career best to fill the runner-up spot on his Group One debut in the King’s Stand Stakes at Royal Ascot last time out, the gelded son of Invincible Spirit will bid to make it ninth time lucky against Pattern race opposition in the five furlong dash.

After reporting the six year old to be showing plenty of enthusiasm at home, the Six Mile Bottom trainer is happy with his draw in stall seven and anticipates a bold show from the talented sprinter.

Cowell said: “He did us proud at Royal Ascot and it wasn’t a total surprise. Had he not got stopped in the Palace House Stakes he would have been a much shorter price at Ascot.

“I was delighted with what he did and hopefully he will get the good to soft ground he wants. We were thinking that the easier ground on a stiff track would suit him here.

“He seems to be right on his A game at the moment but that could change any day with Arecibo as he is a bit of a law unto himself but I’m happy with his training going into this.

“I’m happy with the draw in seven as an inside draw means you can get stuck on the rail whereas this will give him a bit of space in the last couple of furlongs.”

Cowell feels the application of a visor can spark a revival in form from Rocket Action who was last sighted finishing down the field in a conditions race at Chantilly in April.

He said: “I don’t know why but he wasn’t well after he ran in France early this year as he came back not quite right. It has taken some time to get him healthy again.

“We have put him in a visor just to sharpen him up. He worked very well in them the other day and it could be something that revitalises his enthusiasm. He looks really well.”

Charlie Appleby hopes the ground dries out sufficiently enough to allow Lazuli to make his first start since scoring at the same level in the Betfair Palace House Stakes at Newmarket on May 1st.

Appleby said: “He goes into the race fit and well but we will be on weather watch. He was declared on soft ground yesterday and we are hoping it is going to dry back a good bit. If there is any more rain on top of where we are he is probably an unlikely participant.

“He is fit and well but it has been frustrating as we have been trying to get a run into him for a while now. Haydock Park (Temple Stakes) was soft ground and he missed an option in France because of the soft ground. We are chasing the good for him.”

Marco Botti admits Atalis Bay will have to “raise his game” on his first start at pattern race level this season if he is to add to his last time out course and distance victory in the Listed Coral Beaten By A Length Scurry Stakes.

He said: “It’s a very good race and he needs to raise his game taking on the older horses. The ground I hope will dry out a little bit and he would not want it any softer than good. We are happy with him but these are proper older horses he is taking on. He needs to improve to the next level but this is the next step as there is no more three year old only races.

“It is a good draw he has in (stall) four and he has done nothing wrong this year and he has definitely improved. He has got 10lbs to find with Arecibo but he is relatively fresh and others have been to Royal Ascot so hopefully that can play into his hands.”

Stone Of Destiny was beaten only four lengths into eighth behind Oxted in the King’s Stand Stakes at the Royal meeting on his most recent start and trainer Andrew Balding expects another bold effort from the Acclamation gelding providing conditions are suitable.

He said: “I think the track should suit him and he is in great form. He ran a great race in the King’s Stand when he hit traffic problems and he ran very well in the Dash at Epsom off top weight. The ground is drying up and he wouldn’t want much rain on the day.

“He won the Portland at Doncaster last year and this seems his best trip.”