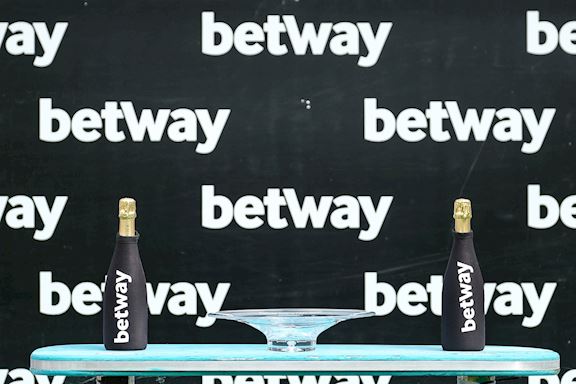 John Gosden believes Reach For The Moon can handle a step up in class and carry the colours of The Queen to glory by following in the hoofprints of some of his recent greats in the Betway Solario Stakes at Sandown Park tomorrow (Saturday 21st August).

Before taking out a dual license with his son Thady this year, the Newmarket trainer had captured the seven furlong Group Three on five separate occasions, with three of those winners subsequently going on to prevail at Group One level.

Gosden’s most recent winner, Too Darn Hot, prevailed in the 2018 renewal before going on to claim Group One success in that year’s Darley Dewhurst Stakes, before claiming further top level honours in the 2019 Prix Jean Prat and Sussex Stakes.

Reach For The Moon has to go some way to reach the heights of that trio, but the Sea The Stars colt demonstrated his talents with a clear-cut success at Newbury on July 18th, having previously filled the runner’s up spot on his debut at Yarmouth in the Listed Chesham Stakes at Royal Ascot.

John Gosden said: “After Reach For The Moon won his maiden at Newbury we said we would go for the Solario. I’ve been pleased with his preparation and it is always a race that I like to target.

“It is a big step up in class for him but hopefully he can handle it. The horse that was second to him last time (Harrow) won at York on Thursday and that all helps.

“He is progressive at this stage of his career but he is still a very young horse and this is another stepping stone.

“He is a nice looking individual that has made a good start to his career. I thought he quickened well at Newbury and I thought both divisions of the race that day were good.”

Michael Bell is counting on a change of tactics helping first time out Newbury scorer Great Max, who finished one place behind Reach For The Moon in the Chesham Stakes.

Bell said: “He has got a bit to find with Reach For The Moon, who he finished behind in the Chesham at Royal Ascot. He looks a picture at the moment and hopefully he will give a good account of himself.

“He was quite prominent last time in the Superlative Stakes and that probably didn’t help him but he will be ridden differently this time.”

Meanwhile Andrew Balding believes Star From Afarhh, the sole filly in the field, is more than capable of building on her debut success at Newmarket.

Balding said: “It is a little bit difficult to know what she beat but there has already been a couple of winners come out of that race, so the form is working out reasonably well.

“She is taking on the colts this time but she is a filly that that has been working well and the seven furlongs at Sandown should suit her.

“Black Type is important to her and it doesn’t look impossible that she could be in the first three. She was very professional and did it well at Newmarket and her homework has improved.”

The Martyn Meade-trained Cresta is expected to give a good account of himself when attempting to maintain his unbeaten record and follow up his debut victory at Leicester on August 8th.

Freddie Meade, son and assistant trainer, said: “We always thought a bit of the horse but he has taken time to come to hand but the last couple of weeks before his run he showed us some good things.

“We were pleased with the way he did it at Leicester although he did quite a few things the wrong way round. He was slow away and he raced alone in the middle of the track but the times looked good and he did it nicely.

“We thought it was worth throwing him in the deep end and see where we go. He probably wants a mile in time but a stiff seven should be ideal now. Fingers crossed he runs well.”

Atheby may be the only maiden in the field but trainer Jane Chapple-Hyam feels the son of Guitafan could outrun his big price tag.

She said: “The owner is only here until the end of the month and he is very keen to see his horses running. I thought it would be good to let him enjoy a day at a Grade One track.

“He finished third behind a nice Godolphin horse at Chelmsford and he was steaming at home at the finish so the extra furlong should suit. It is a small field and he will be in the hustle and bustle if he jumps well.”