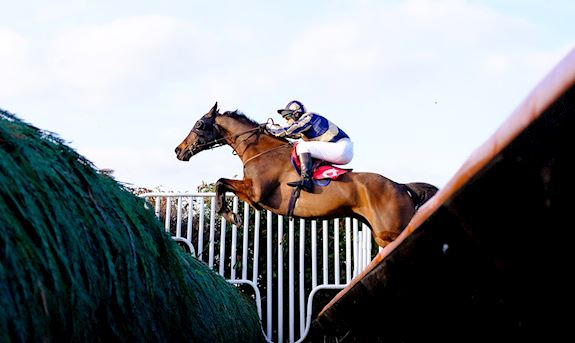 The British Horseracing Authority (BHA) has today announced the programming of a valuable Series of 11 races for Veteran Chasers, commencing in 2015 and worth £400,000 in total.

The Veterans’ Chase Series has been created to generate more opportunities for quality 10-year-old-plus Chasers who might have found winning chances limited in other valuable races. It is also hoped that the popularity of Veterans’ Chases, which tend to attract higher than average field sizes and popular horses, will mean that the Series provides a centrepiece race on Sundays, with eight of the 11 races being run on Sundays.

The Series will be part-funded by the Additional Voluntary Contribution (AVC) Fund, which consisted of a £4.5 million contribution from four major bookmakers (William Hill, Ladbrokes, Coral and Betfred) to incentivise more competitive racing.

It was agreed between BHA and its stakeholders of Racecourses and Horsemen, the four bookmakers and the Horserace Betting Levy Board (HBLB) that strengthening Sunday racing should be one of the uses of the Fund, and that this should be achieved via a series of valuable Sunday Races, culminating in a Final.

Eight of the 10 qualifying races will be held on a Sunday, the two races that will not be run on a Sunday were pre-existing Veterans’ Chases that added to the quality of the Series. Seven of the races are completely new to the race programme.

Ruth Quinn, BHA Director of Racing, said; “The creation of the Veterans’ Chase Series has two primary objectives. One is to provide a boost to Sunday racing by creating a valuable, quality centrepiece race on Sundays. Veterans’ Chases are very popular and tend to attract good competitive fields. It is always exciting to see much-loved horses competing for good prize money against their age-group peers.

“The second objective is to provide more opportunities for these quality horses to run, thus making use of the horse population to generate races which will generate competitive fields which are attractive from a betting point of view. The issues facing Jump racing in terms of small-field races are well documented and this is just one of the initiatives BHA have recently announced in order to try to tackle this problem.”

Richard Wayman, Chief Executive of the Racehorse Owners Association, said: “This is a really worthwhile initiative and with decent prize-money on offer including a £100,000 final, the series is certain to prove very popular with the owners of older chasers.

“Many of these grand old campaigners aren’t quite up to competing at the highest level and also struggle in handicaps against less exposed types, which is why these Veteran events have been so well received in recent years. The investment in this series will provide a further boost and will only enhance the appeal of these races.”