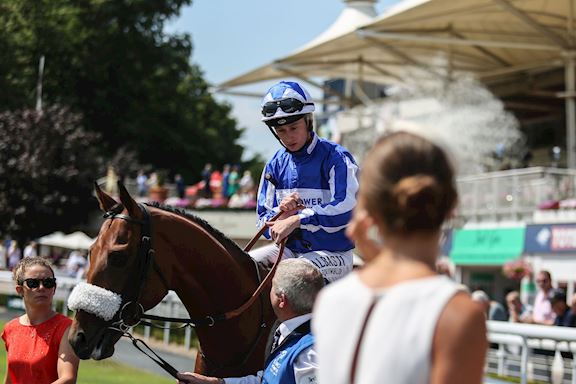 30 horses remain in the Coral-Eclipse

30 horses from an original entry of 69 remain in the £450,000 Group 1 Coral-Eclipse at Sandown Park on Saturday 4th July, with Investec Derby winner Golden Horn among the possible contenders.  Jack Hobbs who was second to Golden Horn in the Investec Derby also holds one of the five entries for trainer John Gosden.

10 of the 30 horses represent Irish trainer Aidan O’Brien, including his Investec Oaks winner Qualify and the impressive winner of the St James Palace Stakes at Royal Ascot yesterday, Gleneagles.

California Chrome, who was withdrawn from the Prince of Wales stakes at the Royal meeting this week still holds an entry.

Also entered is Andre Fabre’s Prix du Jockey Club winner, New Bay.  'The Coral-Eclipse would be the first English engagement for the 3yo.

15 of the remaining 30 entries for this year’s Coral-Eclipse are three year olds and the race will be their first opportunity to take on the older horses at Group 1 level.

Andrew Cooper, Head of Racing and Clerk of the Course, Sandown Park said: “The Coral-Eclipse is the pinnacle of Sandown Park’s flat racing calendar and we look forward to another exciting renewal this year.”