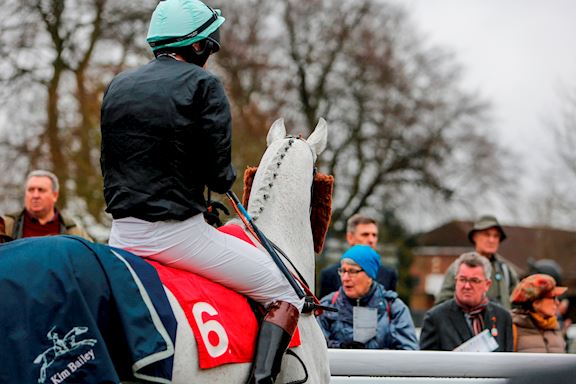 Close Brothers, the leading UK merchant banking group, will sponsor the Imperial Cup, which will be staged at Sandown Park Racecourse on Saturday 12th March 2016, it was announced today.

The Close Brothers Imperial Cup will be worth £70,000 in prize money‎. The race was first staged at the Esher track more than 100 years ago in 1907, with the 2015 renewal of the Grade 3 Handicap Hurdle won by Ebony Express.

Close Brothers are already an Official Partner of The Jockey Club, which runs Sandown Park. Close Brothers employs 2,800 people principally in the UK and provides lending, deposit taking, wealth management services and securities trading and is listed on the London Stock Exchange.

“We warmly welcome Close Brothers as sponsors of our feature race on Saturday, The Close Brothers Imperial Cup. They are a fantastic brand to have involved and they already have a presence at Sandown Park as an Official Partner of The Jockey Club. With our group's ongoing support of British Racing's‎ Authorised Betting Partners initiative this is a period of change in some cases around race sponsorship, but it's vital for the livelihoods that depend on our sport for it to be receive a fair return for the value it creates.

"This year's race has seen another strong set of entries and we look forward to an exciting renewal."‎

The 2016 Close Brothers Imperial Cup will not be linked to any races at the Cheltenham Festival through a bonus.

Close Brothers is a leading merchant banking group, providing lending, deposit taking, wealth management services, and securities trading. The group employs 2,900 people, principally in the UK. We are listed on the London Stock Exchange and are a member of the FTSE 250. Close Brothers’ Banking division provides lending to small businesses and individuals, with an emphasis on specialist finance, and also offers deposit taking services to UK businesses and individuals. We have a long track record of providing finance to SMEs and individuals throughout the economic cycle, and at 31 July 2015, we had a total loan book of £5.7 billion, of which £3.5 billion was lent to SMEs.

Founded in 1875, Sandown Park Racecourse has provided the backdrop to some of the greatest moments in horse racing history. A day at the races at Sandown Park has it all with top-level racing throughout the year including the bet365 Meeting, Coral-Eclipse Summer Festival and Tingle Creek Christmas Festival meetings as well as our popular Music Nights. More information is available at www.sandown.co.uk

Sandown Park Racecourse is part of The Jockey Club, which has been at the heart of British racing for more than 260 years. Today the largest commercial group in the sport, The Jockey Club runs the largest racecourse group in the UK by turnover (2014: £162.9m), courses (15) including those at Aintree, Cheltenham, Epsom Downs and Newmarket, attendances (2015: 1.95m), total prize money (2015: £43.9m), contribution to prize money (2015: £19.9m) and quality racing (Group and Graded races); more than 3,000 acres of world-class training grounds in Newmarket, Lambourn and Epsom Downs; The National Stud breeding enterprise and education provider; and the charity for racing's people in need, Racing Welfare. Governed by Royal Charter, every penny The Jockey Club makes it puts back into British racing. More information is available at www.thejockeyclub.co.uk.