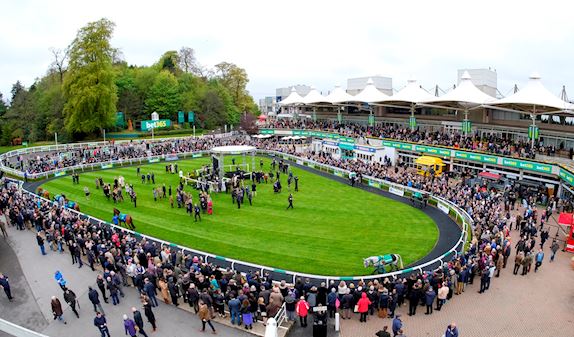 The appointment will come into effect on the 1st January 2017, to coincide with the retirement of Mike Street. Peter Jensen will be moving from his current position as chairman of Nottingham Racecourse, a position that he has held for five years, having previously spent ten years on the board at Newmarket Racecourse. His successor at Nottingham will be confirmed in due course.

Peter Jensen is a former member of the SmithKline-Beecham executive board and holds a number of non-executive director and chairman roles for various public and private companies.

Peter Jensen is passionate about horseracing and has owned horses both personally and with syndicates, having been involved with over 100 winners. Peter is also the chairman of the Home of Horseracing Trust and The British Sporting Art Trust. He was elected a Member of The Jockey Club in 2012.

Announcing the appointment, Roger Weatherby, Senior Steward of The Jockey Club, said: “I am delighted that Peter has agreed to become the chairman at Sandown Park from the start of 2017. What he has achieved at Nottingham is absolutely tremendous and he will play an important role building on the progress Sandown Park has made under Mike Street’s excellent stewardship.”

Peter Jensen said: “I have thoroughly enjoyed my time at Nottingham Racecourse working closely with the fantastic Jockey Club team headed up by James Knox. In the last few years Nottingham has undergone a period of great development and change, and we have been delighted with increased attendances and runner numbers year-on-year, and the award of the Racehorse Owners Association ‘Gold Standard’. I look forward to the final year of my chairmanship before moving over to the iconic Sandown Park Racecourse, where I have enjoyed many days of top-class racing.”

Mike Street said: “As I enter the final year of my term at Sandown Park I look back with great affection, not only for the privilege granted me of being able to work with such a talented, creative and enthusiastic team but for the opportunity to help fashion and create the basis of a plan to restore Sandown Park to its rightful place amongst the elite of British racecourses. That work now moves into the next phase of development and I thank not only those at Sandown Park, the achievements of which I am so proud, but also those at Kempton Park and Epsom, the other Racecourses in the Jockey Club London regional grouping, with whom I have had the immeasurable pleasure of working. I am delighted to be succeeded by my great friend Peter Jensen, a giant in the racing world, who continues to give his all for this great sport of ours, for which we have such passion, love and devotion!”

Founded in 1875, Sandown Park Racecourse has provided the backdrop to some of the greatest moments in horse racing history. A day at the races at Sandown Park has it all with top-level racing throughout the year including the bet365 Meeting, Coral-Eclipse Summer Festival and Tingle Creek Christmas Festival meetings as well as our popular Music Nights.