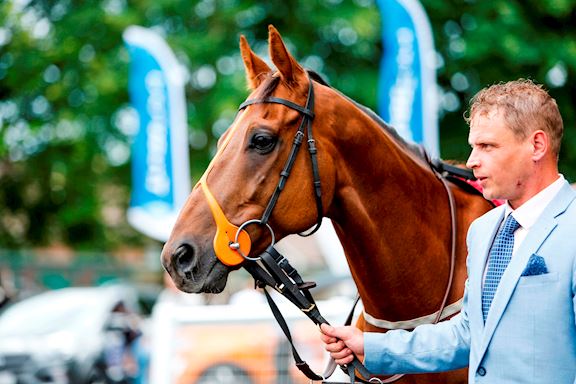 French Guineas winner The Gurkha is one of 11 horses entered for the richest ever Coral-Eclipse. The Gurkha finished second behind Galileo Gold in the St James's Palace Stakes over a mile at Royal Ascot and will make the step up in trip to a mile and a quarter for the first time on Saturday. As well as The Gurkha, Irish Champion Trainer Aidan O’Brien has the Dante runner-up Deauville entered. The Galileo Colt was last seen when finishing towards the back of the field in the Investec Derby. Cougar Mountain, Bravery and Long Island Sound are the other entries from Ballydoyle.

Time Test looks set to take his place in the race on Saturday and trainer Roger Charlton supplemented stablemate and pacemaker, Countermeasure on Monday (27 June). Time Test, a son of Dubawi, has only run once so far this season, winning the Group 3 Brigadier Gerard Stakes at Sandown Park. As well as Time Test and Countermeasure, leading owner Prince Khalid Abdullah, will also be represented by Exosphere. The Sir Michael Stoute-trained four-year-old won the Jockey Club Stakes (Group 2) at Newmarket in April but disappointed in the Hardwicke Stakes (Group 2) at Royal Ascot when finishing eighth of nine, despite being sent off favourite.

Another Royal Ascot winner, Hawkbill, has been supplemented for the race. Hawkbill has won his last five starts, most recently the Tercentenary Stakes (Group 3) at Ascot.

Clive Cox’s, My Dream Boat, heads into the race fresh from a brilliant victory in the Prince of Wales's Stakes (Group 1). The four-year-old saw off Champion mare Found to win by a neck and claim his first Group 1 victory.

2015’s British Champion trainer, John Gosden, will be reliant on Western Hymn. The five-year-old finished third in this race last year and was only beaten a neck by Time Test in the Brigadier Gerard Stakes in May.

Five of the 11 remaining entries for this year’s Coral-Eclipse are three-year-olds and the race represents their first opportunity to take on older horses at Group 1 Level.

Andrew Cooper, Head of Racing and Clerk of the Course, Sandown Park Racecourse, said; “We are thrilled that at £525,000 this year’s Coral-Eclipse will be the most valuable race ever run at Sandown Park in its 141 year history. The race is shaping up to be a cracking contest, with some top three-year-olds taking on the older generation for the first time this season at Group 1 level.”

Dave Stevens, Head of PR at Coral, said; "It's a typically star-studded entry for our flagship flat racing sponsorship, and the first opportunity for the generations to clash over a longer distance. The Gurkha is currently the 6/4 favourite but My Dream Boat, fresh from his victory in the Price of Wales’s stakes and Time Test are sure to prove more than worthy competitors.’’