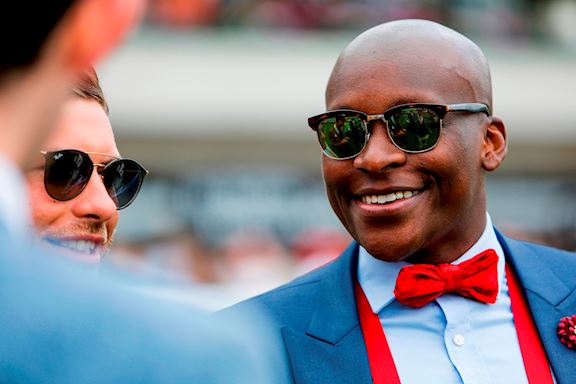 Investec Derby winner Wings of Eagles and runner-up Cliffs of Moher are two of 44 horses left in the £500,000 Group 1 Coral-Eclipse at Sandown Park on Saturday 8th July after this week’s scratching stage.

Wings of Eagles, who sealed his historic win at Epsom earlier this month, is joined by a host of big names including QIPCO 2000 Guineas and Irish 2000 Guineas winner Churchill and Investec Derby runner-up and Dee Stakes winner Cliffs of Moher.

As well as Wings of Eagles, Churchill and Cliffs of Moher trainer Aidan O’Brien has 11 other horses in the Coral-Eclipse, including 2017 Investec Coronation Cup and 2016 Breeders’ Cup Turf winner Highland Reel.

Eminent, son of Frankel is a notable entry, having won twice over 1m and finishing just 1¾ lengths behind Wings of Eagles in the Investec Derby last time out. He currently holds no other early closing entries until the QIPCO Irish Champions Stakes in September.

John Gosden has three horses still engaged, Jack Hobbs (five-year-old), Wings of Desire (four-year-old) and Shutter Speed (three-year-old). Shutter Speed is unbeaten in three starts, winning last time out over 1m2½f at York whilst Jack Hobbs is the highest-rated of John Gosden’s contingent, after a winning the Group 1 Dubai Sheema Classic in March.

Last year’s winner Hawkbill is also entered in the race. Not raced over 1m2f since finishing fifth behind Cloth of Stars in the Prix Ganay at Saint-Cloud at the beginning of May, his last two starts have been over 1m4f, winning the Al Rayyan Stakes at Newbury in May and finishing third in the Investec Coronation Cup behind Highland Reel last time out.

York’s Dante winner Permian is entered in the Coral-Eclipse for Yorkshire-based trainer Mark Johnston, having finished down the field in the Investec Derby last time. Whilst Decorated Knight, winner of the Gold Cup at the Curragh at the end of May is left in the race for trainer Roger Charlton.

22 of the 44 remaining entries for this year’s Coral-Eclipse are three-year-olds and the race represents their first opportunity to take on older horses at Group 1 level over a middle distance.

Andrew Cooper, Head of Racing and Clerk of the Course, Sandown Park Racecourse, said; “We are thrilled with the quality and quantity of horses remaining in this year’s Coral-Eclipse, the undisputed highlight of Sandown Park’s flat racing calendar. This will be the 42nd year that Coral have sponsored the Eclipse, which is a wonderful achievement and we are hugely grateful to them for their passionate and continued support.”

Dave Stevens, Head of PR at Coral, said; "Cliffs Of Moher has been all the rage for the Coral-Eclipse since his trainer Aidan O'Brien stated the Investec Derby runner-up could have his next run at Sandown, where he could face his old Epsom rival Eminent. Last year's Eclipse hero Hawkbill and the Group 1 winning Decorated Knight are among the older horses currently prominent in the betting for what is always one of the highlights of the Flat season."

Horses remaining engaged in the Coral-Eclipse: