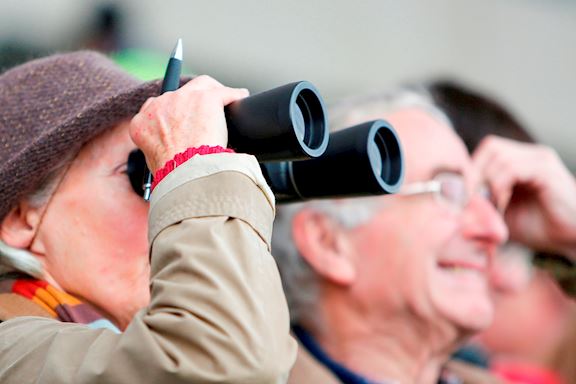 Altior looks set to defend his crown in the Grade 1 bet365 Celebration Chase at Sandown Park on Saturday. The fantastic eight-year-old extended his unbeaten record over fences to eight in the Queen Mother Champion Chase at last month's Cheltenham Festival and the Nicky Henderson superstar will be looking to retain his title on a brilliant card bringing the 2017/2018 Jump racing season to an end.

Fans at Sandown Park will have one last chance to say farewell to one of the most popular horses in jump racing, Cue Card, following his retirement as he parades in the paddock before racing and again later in the afternoon. The Colin Tizzard-trained 12-year-old won the 2015 King George VI Chase and was twice a winner at the Cheltenham Festival. Cue Card will be joined by a number of star names from the season including his stablemate and 2018 Cheltenham Gold Cup winner Native River. Race goers will also get the chance to see Champion Hurdle winner Buveur D'Air and King George VI Chase victor Might Bite. Paul Nicholls’ stable star Politologue and the Betfair Chase winner Bristol De Mai will also be parading. Sandown Park crowd favourite and 2015 Tingle Creek winner Sire De Grugy will make up the line-up. Menorah, who retired after winning the bet365 Oaksey Chase for a fourth consecutive time last year will also be on parade and lead out the runners ahead of the race this year. Sandown Park commissioned a new trophy for the race in his name so it is fitting he will be leading the runners out this year. Menorah amassed over £667,000 in prize-money and now spends his retirement with Champion Jockey Richard Johnson at his home in Herefordshire.

25 horses are confirmed for the bet365 Gold Cup including last year’s winner Henllan Harri. Blaklion heads the top of the weights and hopes to improve on his fortunes after being brought down at the first in the Grand National. Nigel Twiston-Davies also has Calett Mad, Benbens and Bigbadjohn in the race.

Four-time winner of the race, Paul Nicholls, has one left in at the confirmation stage with Present Man. Champion Trainer Nicky Henderson also has one runner entered, Sugar Baron. The anti-post favourite Missed Approach trained by Warren Greatrex will be looking to follow up his win at the Cheltenham Festival with success at Sandown Park on Saturday.

The bet365 Oaksey Chase (for The Menorah Challenge Trophy) has nine entries. Two of these are from Champion Trainer Nicky Henderson, Top Notch and O O Seven. The Menorah owner trainer combination will be looking to follow up previous success in the race with their entry Garde La Victoire. Other entries include King George VI Chase runner up Double Shuffle trained by Tom George who also has Sadler’s Risk entered. Paul Nicholls has three entries Alcala, Art Mauresque and Present Man, who is also still in the bet365 Gold Cup at the confirmation stage. Regal Encoure completes the entries trained by Anthony Honeyball.

“Saturday is shaping up to be a fantastic day. We have Altior set to run in the bet365 Celebration Chase, who has undoubtedly been one of the stars of the season and we have another competitive renewal of the bet365 Gold Cup. The champions of the season will be crowned before racing and we have a cracking line up of horses in our Parade of Champions. Popular chaser Cue Card will be in attendance to mark his retirement and the crowd will have the chance to see Cheltenham Gold Cup winner Native River and King George VI Chase winner Might Bite to name but a few.”

Jump Finale will be on Saturday 28th April.