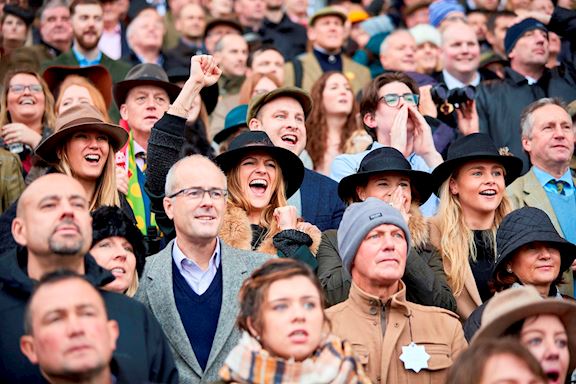 Start 2019 with a New Year’s resolution you can definitely keep and try something new as Sandown Park and Kempton Park offer racing for all budgets from Friday 4th January.

Kempton Park kicks off 2019 racing on 4th January with an afternoon of Flat racing followed by all-weather Flat fixtures every week and a great selection of Jump fixtures.  With adult tickets from £11.25 and under 18s free, it’s the ideal way to have a bargain day out in the new year.

888sport Chase Day on 23rd February is an afternoon of quality Jump racing where many of the horses you see will be going on to the Cheltenham Festival.  The competitive card includes the Grade 2 Adonis Juvenile Hurdle Race and the Handicap Steeple Chase with £218,000 in prize money up for grabs.

Tickets for racing at Kempton Park are on sale from www.thejockeyclub.co.uk/kempton or 0344 579 3008.

Tickets for all Sandown Park fixtures can be purchased from thejockeyclub.co.uk/sandown or by calling 0344 579 3012.  Under 18s tickets to all fixtures are free when purchased with an adult ticket.  Adult tickets are available from £16.

About Kempton Park and Sandown Park: